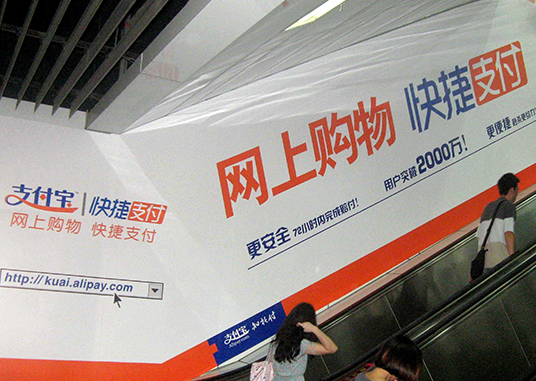 In 2003, the outbreak of SARS brought opportunities for the development of e-commerce, online games and other Internet services. China's three major portals SOHU, SINA and NETEASE reported profits in an annual reporting period for the first time. Listings, mergers, acquisitions and other capital-related activities were also in full swing in this year. It was also in this year that the founder of NETEASE Ding Lei became the richest man in China.

The year 2003 ushered in the spring of the e-commerce industry. Alibaba seized opportunities to lay a solid foundation for its sustainable development in the future. In addition to its growing B2B operations, Alibaba also launched the C2C platform taobao.com and the third-party payment platform Alipay, which pushed the company into the limelight. 2003 saw the rapid development of Alibaba's B2B platform. The average daily increase in supply and demand information grew three to five times from 2002. During the SARS outbreak, 52% of the enterprises on the B2B platform reported revenue increases despite adverse market conditions. Alibaba also launched new operations, including the C2C platform taobao.com and the third party payment platform Alipay. Since then, Taobao has gradually become China's largest C2C platform by allowing individual sellers and business owners to open stores on the platform free of charge and almost become synonymous with online shopping in China. Alipay has also become China's largest third-party electronic payment platform. These platforms are still in a dominant position in today's market. Other e-commerce companies also did very well in 2003. The B2C e-commerce website Joyo.com, sold twenty percent of shares and obtained RMB 52 million worth of investment from the Tiger Fund, a US.fund, indicating that global investors saw a positive e-commerce outlook in China.

The year 2003 saw a lot of mergers, acquisitions, equity financing, listings and other capital-related activities in China's Internet market. At the beginning of the year, Shanda sold nearly 20% of its shares to raise USD 40 million from SoftBank Asia and became the largest private financing in China's Internet industry at that time; on November 25, SOHU spent USD 36.5 million (equivalent to about RMB 3 billion) to acquire the online gaming information portal 17173.com and the real estate website focus.com and they were also two of the largest acquisitions at that time; on November 21, Yahoo! spent USD 120 million to acquire 3721.com. At the end of this year, China's Internet companies set off the second round of listing. On December 10, Ctrip.com was successfully listed on NASDAQ in the United States and its share prices increased by nearly 90% on the first day after listing; on December 17, Hc360.com was also listed on the Hong Kong Stock Exchange.

2003During the outbreak of SARS, China's e-commerce and online gaming industries developed rapidly

The SARS outbreak in 2003 created the "stay-at-home-economy", from which both the e-commerce industry and the online gaming industry gained great benefits. Accompanied by the decrease in brick-and-mortar visits was the prosperity of e-commerce. The sales of the B2C e-commerce website Joyo.com in March 2003 reached RMB 12 million, and exceeded the benchmark of RMB 15 million within the first 20 days of April 2003, which was a great success at the time. Dangdang.com also reported a double increase in page views and a 30% growth in sales compared to that in 2002. The B2B e-commerce company Alibaba also reported a significant increase in the number of registered sellers and volumes.

Online games became a major form of entertainment in China during the outbreak of SARS, providing an enormous opportunity for the development of the online gaming industry. The number of players who paid fees for online games doubled to 7,100,000, and the revenues of the online games market reached RMB 1,320 million. Shanda with the help of Legend of Mir became an Internet giant. The online gaming industry was also included in the National 863 Program, indicating that this emerging industry has received great attention from the government. This year saw the introduction of a great number of games, including the following widely known games: Legend of Mir 3, Jian Wang, Xuan-Yuan Sword, Monster Story, NeoDarkSaver, Navy Field II, Journey to the West: Conquering the Demons, Tactics of Three Kingdoms Online, Conquer Online, Turf Battles, Age of Heroes, Call of Duty, New Journey to the West, Karma Online, etc.

After development during the SARS outbreak period, e-commerce and online games have become mature business models for Internet companies, bringing large amounts of revenues to the Internet industry and also changing people's habits relating to shopping and entertainment. 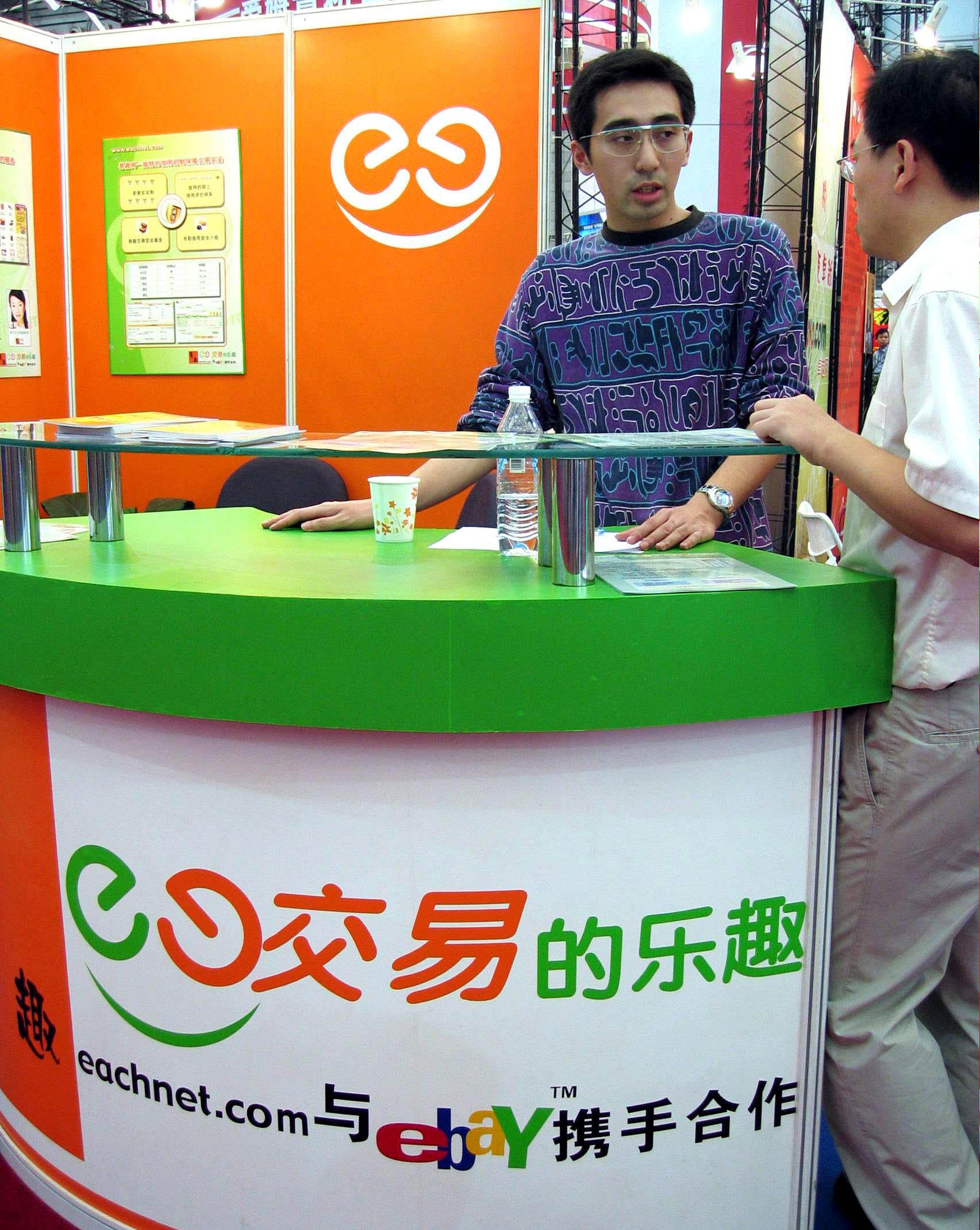 On January 6, 2003, Sina spent USD 20.8 million to acquire MemeStar, a mobile value-added service provider. This set off a series of mergers and acquisitions in 2003. On June 12, eBay spent USD 150 million to acquire EachNet.com, China's largest online auction site at that time, and this acquisition is the biggest transaction in the e-commerce industry in 2003; on July 2, TOM acquired CETV; in September, TOM acquired Lei Ting Wu Ji; in November, SOHU spent USD 20.5 million to acquire the online gaming information portal 17173.com and USD 16 million to acquire the real estate website focus.com, which enhanced SOHU's influence in the two vertical markets, and the two vertical industry portals are still a big player in their respective fields; on November 24, Yahoo! spent USD 120 million to acquire 3721.com founded by Zhou Hongyi who then served as president of Yahoo! China, and Yahoo! also obtained the ICP License through this acquisition; on December 9, SINA acquired a hotel reservation website Cai Fu Zhi Lv but did not disclose the price. There were many mergers and acquisitions throughout the year.

2003 In May and October, Alibaba launched taobao.com and Alipay 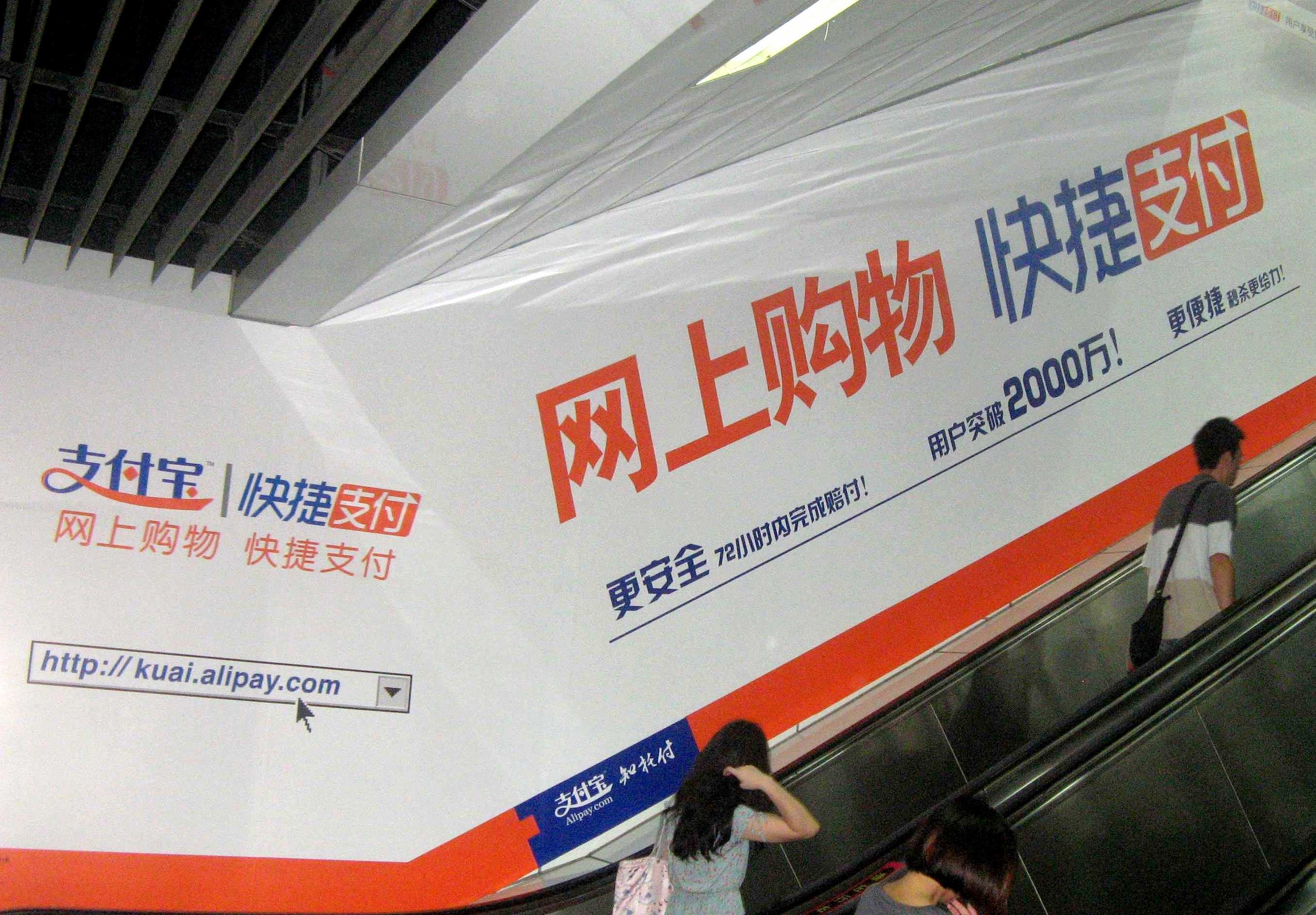 This year, a lot of shopping activities of Internet users happened online. Alibaba Group began to make a strategic plan for its development in the e-commerce industry. Its actions in this year molded the structure of China's e-commerce industry in the next ten years. In May, Alibaba spent RMB 100 million to launch taobao.com and entered the C2C market. In October, Alibaba launched Alipay, a third party online payment solution that provides third party guarantee to reduce online transaction risks. Taobao.com and Alipay in the next ten years completely changed shopping habits of Chinese and had a huge impact on their lives.

Although Alibaba's actions in this year did not seem to have an influence at that time, but it is undeniable it was indeed a major step in the development of China's e-commerce industry. Nowadays, Taobao has become a household name and created an online shopping culture which is quite popular among Chinese. Alipay has also developed into a leading platform in the field of third party payment.

After achieving their first quarter of profitability in 2002, China's three major website portals were completely on the right track and achieved full year profitability in 2003. In 2003, the annual revenues of SINA reached USD 114.3 million and its annual net profit reached USD 31.4 million; SOHU reported annual revenue of USD 26.4 million and a net profit of USD 80.4 million; NETEASE reported a net profit of USD 39 million, which was the highest among the three website portals.

In 2003, all the three major portals achieved profitability, indicating that Internet companies are a reliable and feasible business model and that people was beginning to recognize this creative industry, signaling the beginning of a new and bright future.

Oct.14On October 14, the price of NETEASE's shares rose to USD 70 per share, making Ding Lei the richest man in China 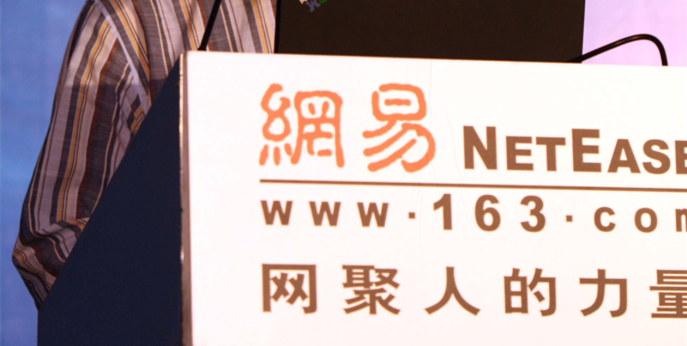 On October 14, 2003 (Beijing time), NETEASE's shares hit a record high of USD 70 per share, making the founder of NETEASE Ding Lei, who held 58.5% interest in NETEASE, China's richest man in 2003, with a fortune of RMB 9.1 billion. Ding Lei was only 32 years old in 2003. Since then, the position of China's richest man has been frequented by Internet entrepreneurs, including Li Yanhong, Ma Huateng and Chen Tianqiao.

Dec.In December, the listing of Ctrip and hc360.com started a new frenzy of listings

At the end of 2003, China's Internet industry started the second listing frenzy after the listing of China's three major website portals. In December, ctrip.com and hc360.com were successfully listed on overseas markets, signing the beginning of the second round of listing. On December 10, Ctrip was listed on NASDAQ in the United States and its share price increased by 89% on the first day of trading; on December 17, hc360.com was listed on the Hong Kong Stock Exchange. Within a couple of months after the listing of the above companies, the value-added service providers LinkTone Ltd was listed on NASDAQ, and Shanda, Baidu, Tencent and Tom was also actively preparing for their listing.

Mar. The Sun Zhigang Incident in March resulted in the abolition of the custody and repatriation (C&R) system 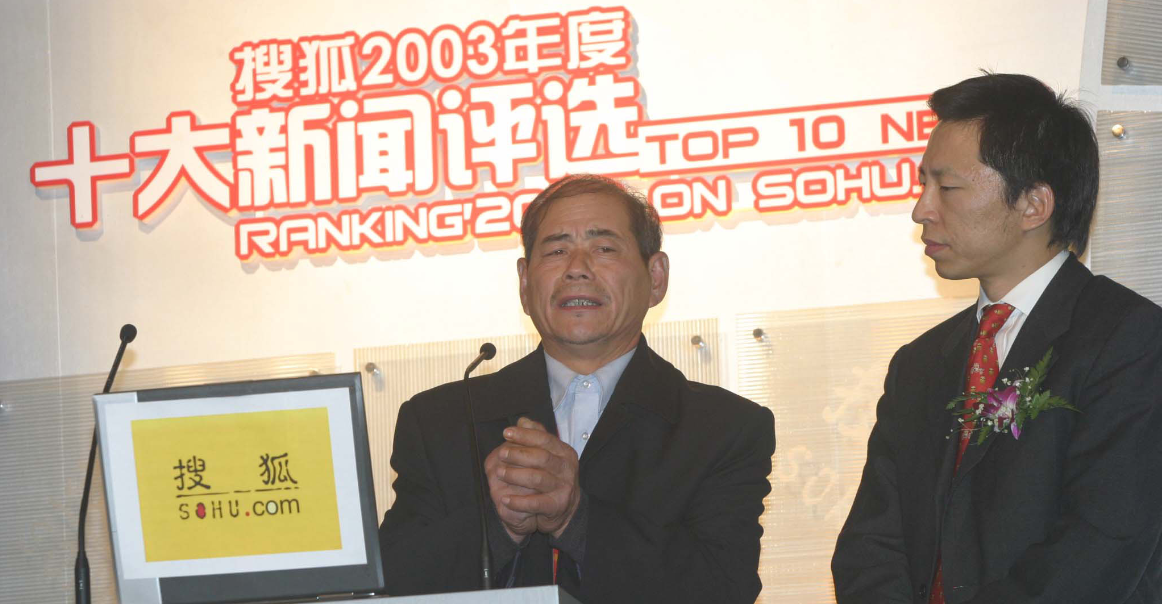 The Sun Zhigang tragedy took place in 2003 when netizens just began to voice their opinions online and Internet began to play a role in promoting social progress. On the evening of March 17, 2003, 27-year-old Sun Zhigang, from Huanggang, Hubei Province, failed to produce any certificate to prove his identity when he was stopped by the police in Huangcun Street, Tianhe District, Guangzhou and was taken to the local police station for investigation. Because he failed to produce his identity card, temporary living permit or employment certificate, he was sent to Tianhe transfer station for custody and repatriation, waiting for arrangement. On March 18, Sun was  sent to the custody and repatriation station of Guangzhou City. At that night, Sun Zhigang was transferred to the clinic of the station because of "physical discomfort". Sun Zhigang was brutally beaten by eight employees of the custody and repatriation station in the early morning of March 20 and died at 10:20 a.m.

This incident was reported and reposted on many major websites, immediately setting of explosive reaction. The click-through rate of reports on this incident was only seconded to SARS reports. The case received massive attention in media and on the Internet in China. Internet users expressed strong sympathy for Sun Zhigang and strong indignation over barbaric behaviors of the attackers. This incident forced the whole society to reconsider the out-of-date C&R system.

The reaction of Internet users to the Sun Zhigang Incident signaled the beginning of a new age during which Chinese citizens began to express their opinions on social issues through Internet and the voice of Internet users began to have profound influence in China. Since the incident, the social influence of Internet has become increasingly prominent. A lot of corruption and injustice has been exposed through Internet which has also become an arena for vulnerable groups to get attention and help. Internet has become a booster for social progress and development in China.

Oct. In October, qidian.com launched a 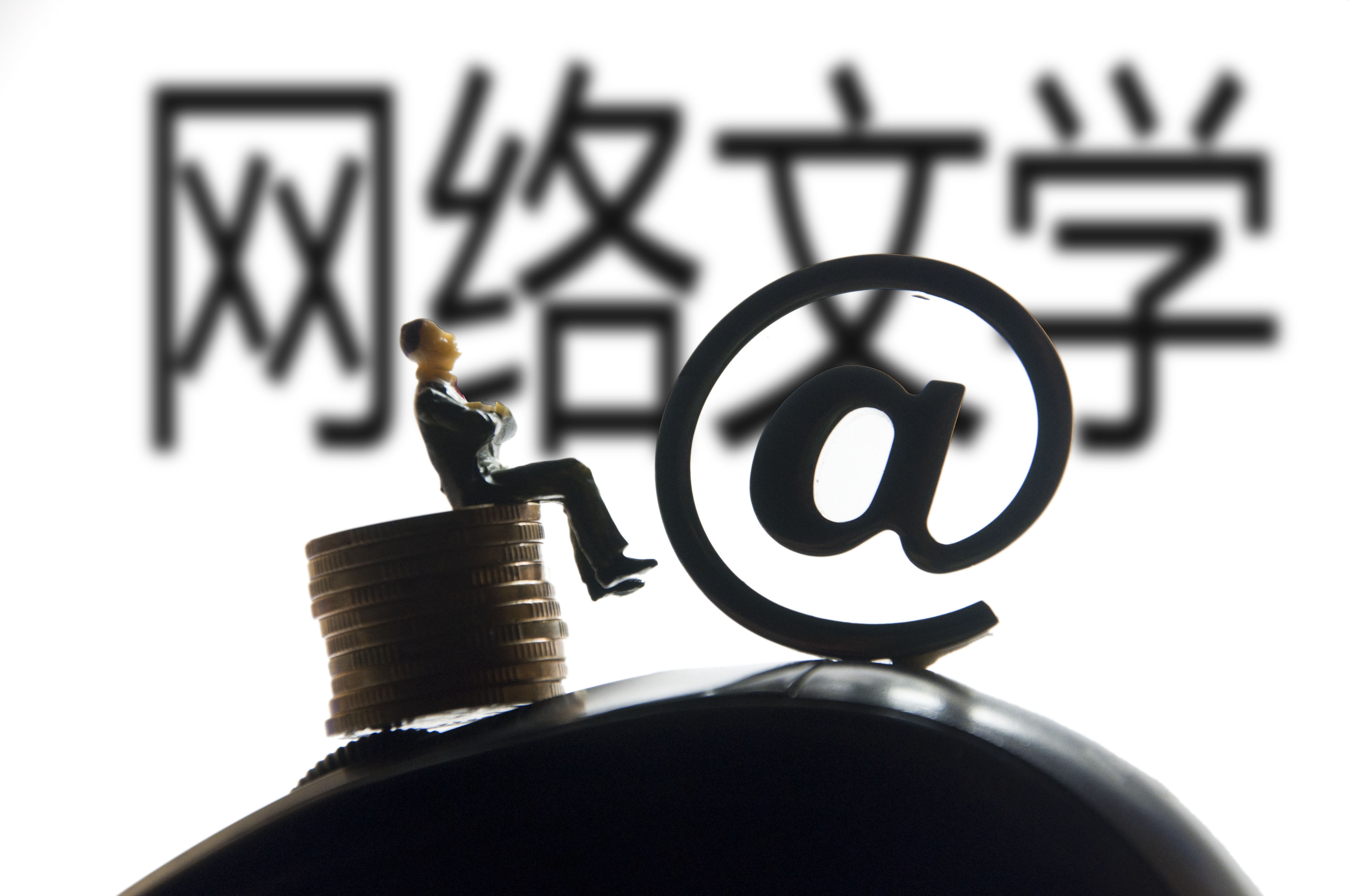 The year 2003 saw the continuous development of online literature. In October 2003, qidian.com rolled out a "pay to read" scheme, which was an important step in the exploration of a profitable business model for the online literature industry. It was also in this year that the Jinjiang portal was founded. It was later developed into a major literature website aimed especially at female authors and readers.

There were a number of novels published online in 2003, including Zhu Xian, a lengthy martial art and fantasy novel available on the Internet, by Fujian University of Technology graduate Xiao Ding. This novel still has a large number of fans. In 2007, the game development company Perfect World adapted the novel into an online game and launched the game in the same year.