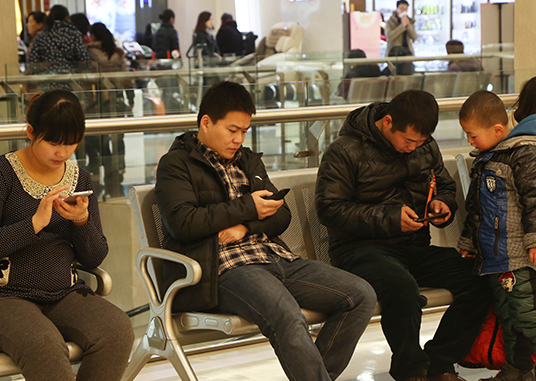 This year, the competition in the industry was fierce. The commercial activities of Internet companies often became hot topics in the society. The two price wars among e-commerce companies in this year heated up the concept of e-commerce and also accelerated the transfer of household appliance stores from offline to online. The concept of e-commerce gained more and more popularity. The market's cold reaction to the second price war marked that e-commerce consumers were starting to grow mature, and that future e-commerce companies would need to build more comprehensive competitive advantages to attract consumers. In August, Qihoo 360 entered into the search engine market. After it rapidly acquired 10% of the market share through acquisition and user guidance, a prolonged search engine war started, which induced a great social discussion on Internet "Robots Protocol" and search engine advertising rules.

In this year, the "Broadband China Strategy" was lifted to a more important position. The promulgation of a series of national documents clarified the objectives and tasks of the 12th Five-Year Plan period. Many cities in China gained access to fiber-to-the-home service, which significantly enhanced the users' broadband speed.

The operation of "Government Microblog" became regular. Social network became an important tool of the government to listen to public opinions and serve the people. After the birth of microblog, Internet as the ground for public opinions attracted more and more attention. By the end of 2012, a total of 170 thousand government microblogs had been opened on major platforms such as Sina Weibo, Tencent Microblog, People.cn, and Xinhuanet, up 249.51% as compared to the previous year. In some major incidents such as the "7.21 Beijing Rainstorm", related government microblogs were operated efficiently and became the sources of authoritative information and emergency platform in sudden events. They were highly praised by netizens. After this, government microblog started to transform from a mere information channel to a service platform.

2012At the End of 2012, Cellphone Became the No.1 Internet Access Terminal 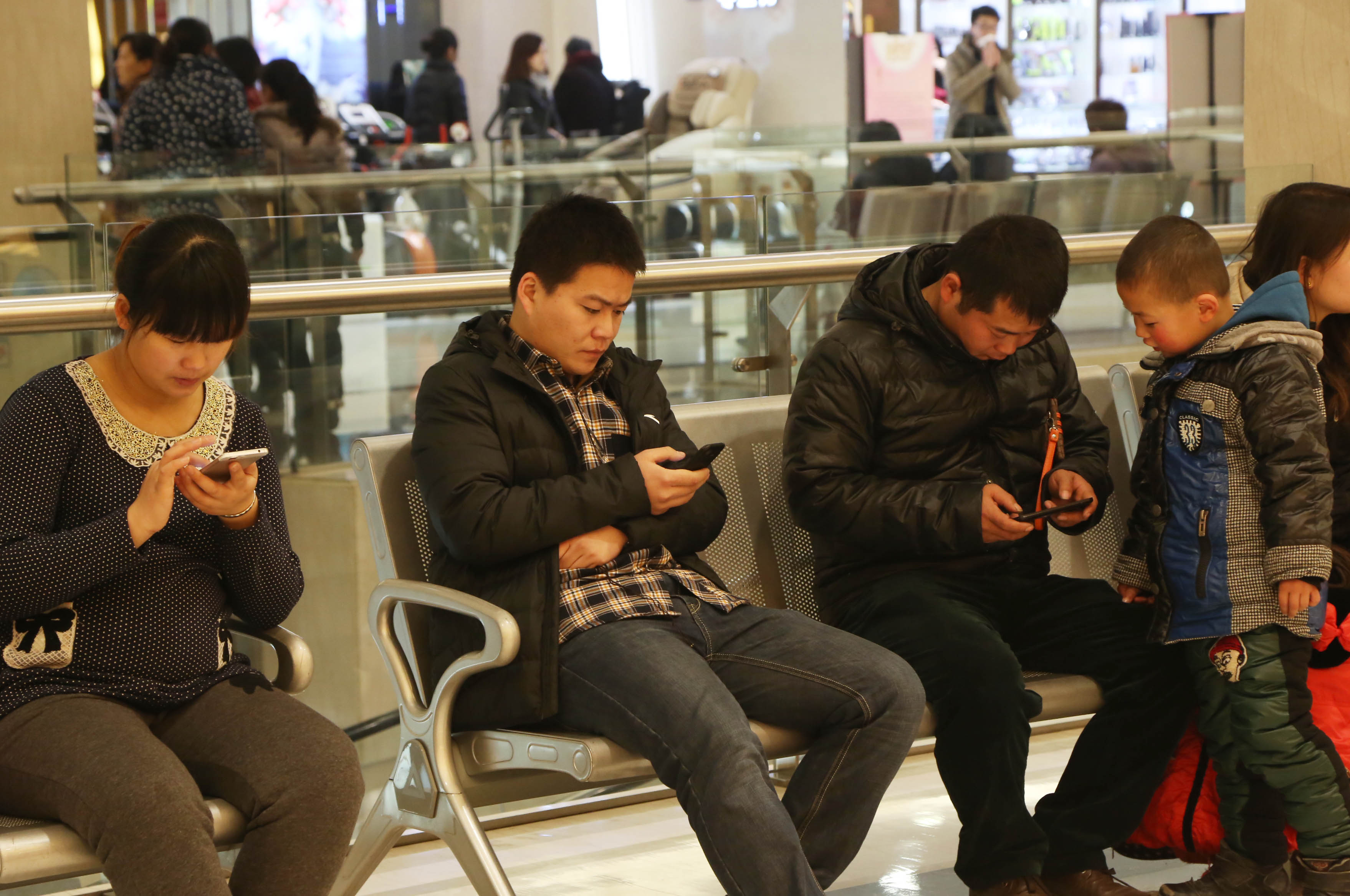 According to the 31st Statistical Report on Internet Development in China published by CNNIC in January 2013, by the end of December 2012, China had 420 million mobile Internet users, 64.4 million more than that at the end of 2011. Among all the Internet users, those using mobile phones to access Internet increased from 69.3% at the end of 2011 to 74.5%, while the ratio of those using PC to access Internet was 70.6% in the same period. With this, cellphone officially became the No.1 Internet access terminal of Chinese Internet users. In terms of mobile Internet, the number of new 3G users in 2012 reached 100 million, and the total number of 3G users reached 234 million.

From 2011 to 2012, mainstream websites successively introduced their mobile strategies; the mobile Internet industry developed rapidly. WeChat continued to lead in the growth of mobile applications. On September 17, 2011, the WeChat team of Tencent announced that the number of WeChat users exceeded 200 million. Sina Weibo users also tended to migrate to the mobile terminal. At the Earnings Conference of Sina on February 20, 2013, Cao Guowei, Chairman and CEO of Sina, revealed that in December 2012, 75% of the active users of Sina Weibo logged in via the mobile terminal. 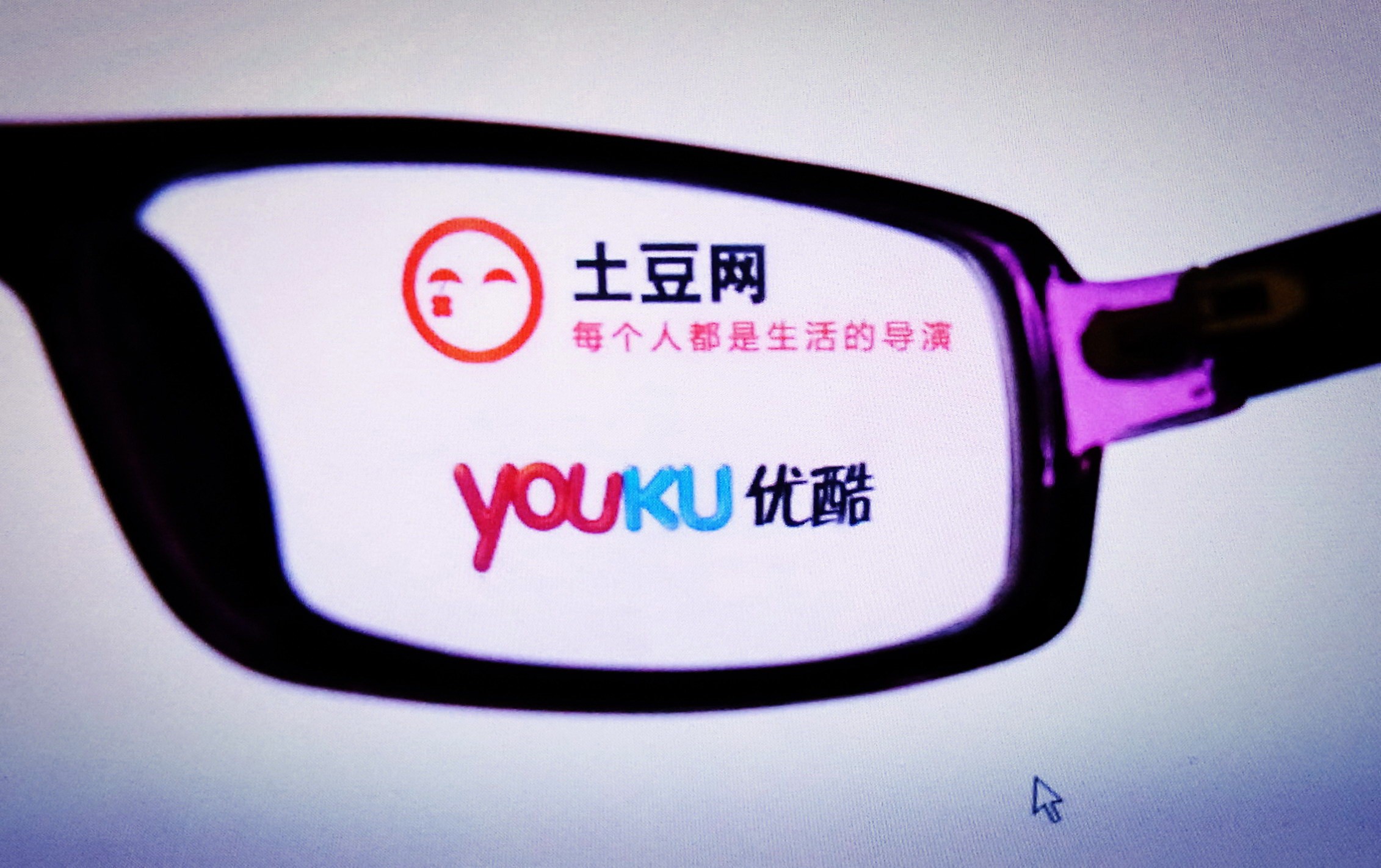 On March 12, Youku and Tudou announced that they would officially merge by means of a 100% stock-for-stock transaction, after which Youku would own 71.5% of the combined entity. Youku and Tudou were the top two websites in Chinese online video industry. The merger reflected the fact that the video industry had certain risks such as monotonous business model and serious homogenized competition.

According to the statistics published by Analysys International, the advertisement revenue of online video industry in 2011 was 4.83 billion yuan, mainly from film advertisement. For the sake of attracting users, copyright fees became an enormous cost that all large video websites had to bear. To conduct resource integration, reduce costs, and seek business innovation on the premise of ensuring the market status were the major intentions behind this merger.

In 2012, the online video industry was showing a trend of integration and adjustment. Besides the merger between Youku and Tudou, other video websites were also conducting various forms of cooperation. On April 24, Sohu Video, Tencent Video, and iQIYI declared the establishment of "Video Content Cooperation", as an attempt to realize resource exchange in terms of copyright and broadcasting. On March 27, Funshion obtained 30 million US dollars of financing from BesTV, an Internet media company under Shanghai Media Group Limited. On November 2, Baidu announced its plan to buy back the private equity of iQIYI . 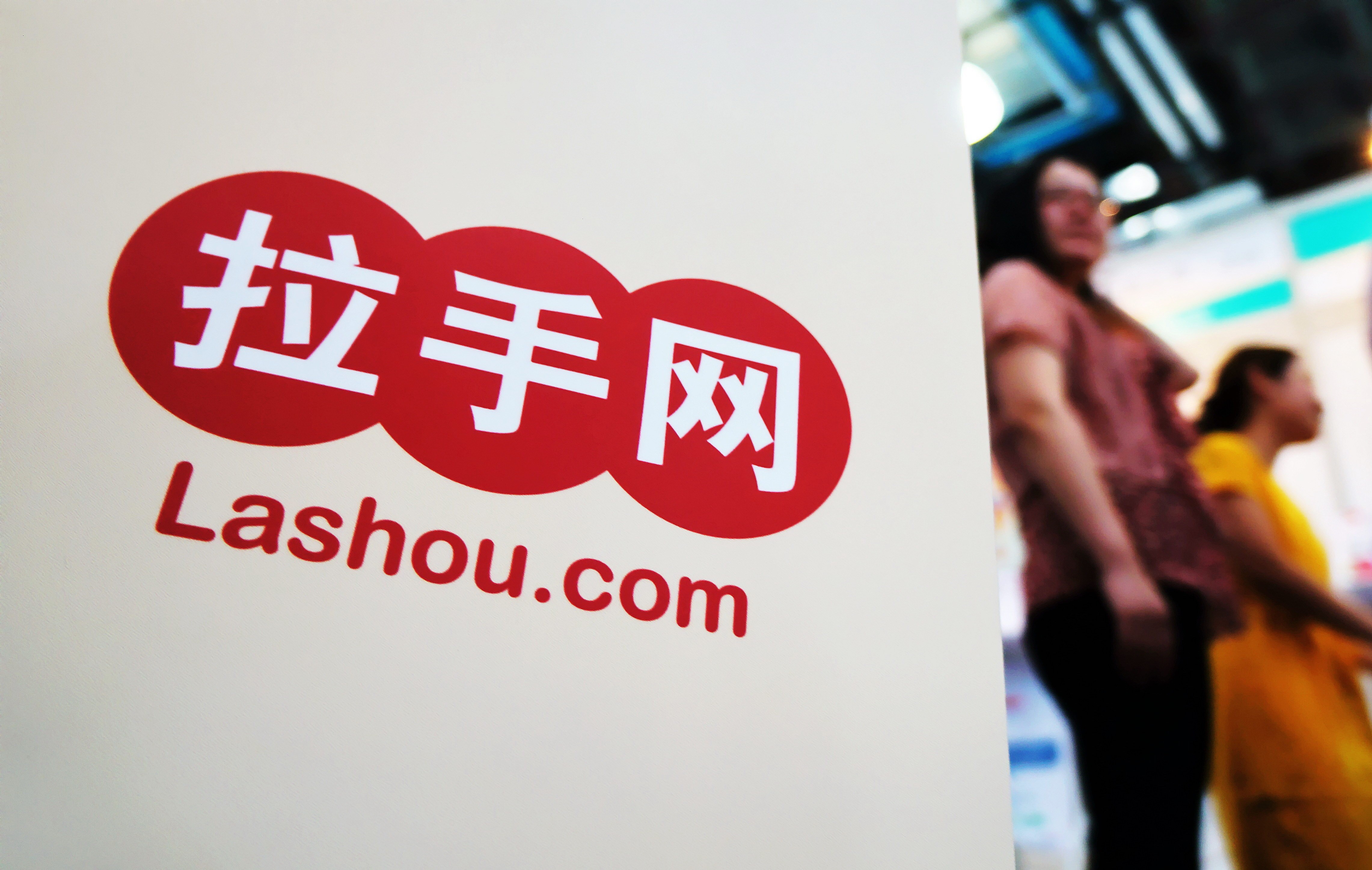 Although there were confusions and doubts about the group-purchase model, the transaction volume of the group-purchase industry in 2012 still reached 21.4 billion yuan, up 93% as compared to the previous year. This was mainly due to the market growth in third-tier and fourth-tier cities -- the total sales volume in third-tier and fourth-tier cities in 2012 reached 9.941 billion yuan, the proportion of which increased by more than 26%. 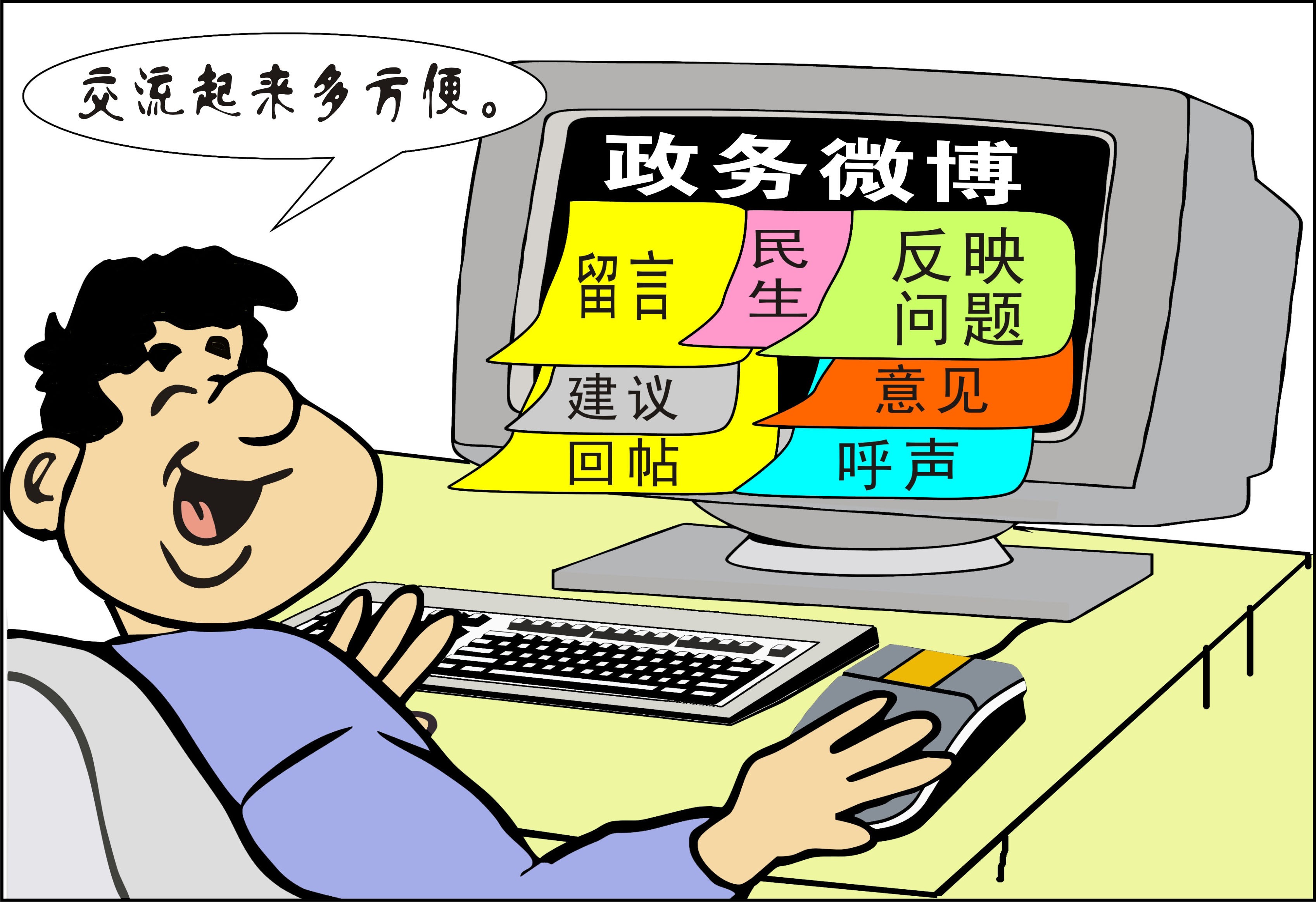 From July 21 to around 8 o'clock on July 22, 2012, Beijing and the surrounding area suffered the greatest rainstorm and flood disaster over the past 61 years, Beijing government microblogs, represented by @BeijingFabu (Beijing News), @Ping'anBeijing (Safe Beijing), @BeijingXiaofang (Beijing Fire-fighting), and @JiaotongBeijing (Beijing Traffic), joined hands with the government microblogs of 16 districts and counties to release disaster warnings and disaster relief information around the clock; in the meantime, Beijing municipal government also collected call-for-help information via the microblog and responded to it timely.

With the rapid development of government microblog, the operation of microblog gradually got on the right track. On May 14, 2012, Sina Weibo issued the first E-government Microblog Operation Specification Manual. This guidebook put forth the operation specifications for governmental institution microblogs, official's microblogs, and microblog halls, in terms of page display, team building, daily operation, public opinion handling, information safety, etc. The manual suggested that when issuing information, the governmental institutions must face the scrutiny and criticisms of people, abide by the 12 Dos and 12 Don'ts, and that official's personal microblog must be close to the common life of common people. Before that, on December 12, 2011, the Public Opinion Center of People's Daily, together with Sina Weibo , issued the 2011 Government Microblog Annual Report. The Government Microblog Report started to come out regularly in the form of annual reports, marking that the Chinese government was beginning to emphasize the public opinions on the Internet, and would actively use the microblog platform to publicize itself and communicate with the people.

The emergence of microblog further lowered the threshold of propagation. There arose a series of anti-corruption cases disclosed by netizens, which greatly aroused netizens' attention to social affairs. From the fall of the "Watch Brother" and "House Uncle", to the "Lei Zhengfu indecent video" and "Shan Zengde's divorce guarantee" incidents, since 2012, "online exposure → discipline inspection commission investigation → verification and sentencing" became a new way of dealing with corruption cases. Internet media, represented by microblog, has transformed from a place for reproduction of traditional media information to a place where news incidents were originally reported. Traditional media started to search for news clues on the information. 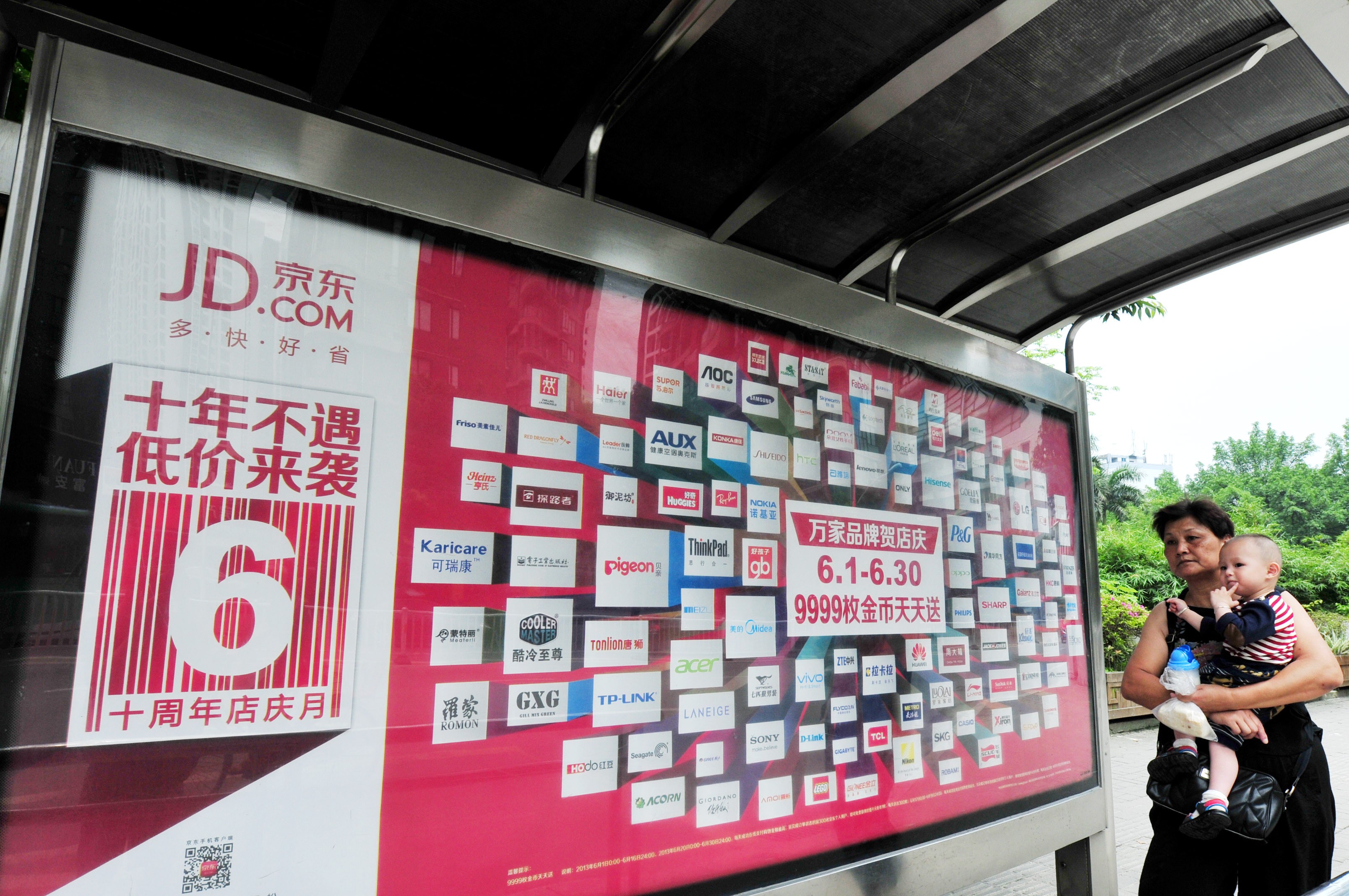 In 2012, the e-commerce data continued to make new records. According to data from iResearch, the trading volume of Chinese e-commerce market in 2012 reached 8.1 trillion yuan. On November 11, Tmall and Taobao hit a new record for China's online shopping turnover with RMB 13.2 billion yuan and RMB 5.9 billion yuan respectively, adding up to RMB 19.1 billion yuan. In the evening of November 30, Taobao and Tmall announced that the total turnover on the general Taobao platform exceeded 1 trillion yuan. The fact that the volume of e-commerce exceeded a trillion yuan was a sign that e-commerce was no longer a supplement to traditional offline retailing, but an important component of social consumption.

A price war started and household stores started to go online. JD.com was spotted in both e-commerce price wars of 2012. As early as the start of 2012, JD.com announced that it would carry out promotional activities on June 18, the anniversary of the company. At the beginning of June, JD.com launched the "Normandy Promotion" with the slogan "Zero Profit" taking advantage of the company anniversary on June 18. This campaign was contained by other e-commerce companies. Dangdang.com was the first to launch the promotion campaign with the slogans "stripped for 48 hours" and "bloody crusade" since the end of May; Coo8.com put forth the slogans "snipe at June 18" and "battle at Normandy"; yixun.com claimed that "in these three days, no one shall make a lower offer than yixun.com" with the slogan "make a clean sweep of the Internet in 72 hours"; even Tmall formulated an internal plan code-named "mountain-forest-wind-fire" against JD.com, carrying out "Smash gold bricks" and "Catch the cat" activities all day long. On August 14, Liu Qiangdong, CEO of JD.com posted two microblogs in a row challenging Suning and Gome, two household appliances stores, that JD.com would have zero gross margin from large household appliances in the next three years, that all large household appliances sold at JD.com would be guaranteed to be more than 10% cheaper than those in Gome and Suning, and that it would send employees to stay at Suning and Gome stores. Later, Suning and Gome both responded; Li Bin, vice president of Suning Egou, promised that the prices of all products in Suning Egou including household appliances would be lower than those at JD.com; Gome responded that "if JD.com sells one at 1 yuan, Gome will sell it at 0.95 yuan". At 9 am on August 15, the e-commerce price war was fully set off. Along with the price war, e-commerce market gradually grew mature, and consumers started to grow rational. Taking advantage of the news about the price war, the concept of e-commerce expanded from first-tier and second-tier cities to third-tier and fourth-tier cities.

The competition resulted in the survival of the fittest, and accelerated market integration. In September 2012, Suning bought Redbaby company, and with this, launched the strategy of "strip off electric appliances" to expand the range of products sold online and offline on the basis of maternal and baby products. In December, Gome Group announced the integration of its two e-commerce companies - Gome electric appliances online store and Coo8.com, to realize unified back-stage management and resource integration.


Nov.1On November 1, a Self-regulation Pact among Search Providers Was Signed

In 2012, the search war between Baidu and 360 induced a discussion on the rules of the search engine industry. On August 16, Qihoo 360 comprehensive search service was put online, thus inducing a search battle between Baidu and 360. When it first launched its search service, 360 Search did not call all the search results of its own; instead, it captured the webpages of Baidu. This strategy on the one hand provided a strong impetus for the early rapid development of 360 Search, and on the other hand directly caused its fierce battle with Baidu. On August 21, 5 days after the launch of the search service, 360 promoted its own search engine all over the website, and meanwhile announced that it had already owned nearly 10% of the domestic market share of Internet search, taking the place of Sogou Search to become the second largest search engine in China. On the same day, Baidu Knows put a reminder for search traffic navigated from 360 web directory. On 22, 360 web directory removed the Baidu Knows search. On 28, Baidu further fought back by directing users visiting Baidu services via 360 search to the homepage of Baidu search. On 29, 360 web directory removed all the Baidu products from its search box. On October 16, Baidu filed a lawsuit in the Beijing No. 1 Intermediate People's Court, suing Qihoo 360 for unfair competition and copyright infringement, claiming 100 million yuan, and demanding Qihoo 360 to stop capturing Baidu's web content and make a public apology.

On November 1, organized by the Internet Society of China, 12 search engine providers including Baidu and Qihoo 360 signed the "Self-Regulation Norms for Internet Search Engine Service Companies" to promote industry normalization.