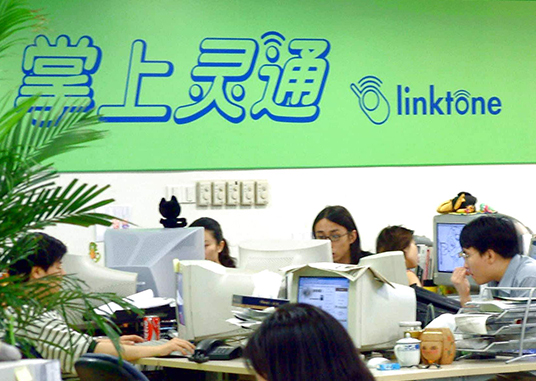 The year of 2004 was a golden year for Chinese Internet industry. Thanks to the new operational mode with Chinese characteristics, a number of portal websites started to make profit, and the growing number of netizens and the thriving Internet industry constituted a positive cycle of development.

The increase of netizens and applications diversified the cyber culture, giving birth to cyber charity and online protection of rights, etc.

From the steady growth of netizens and the rapid expansion of Internet business, we could see that the second Internet wave in China already took off in 2004. 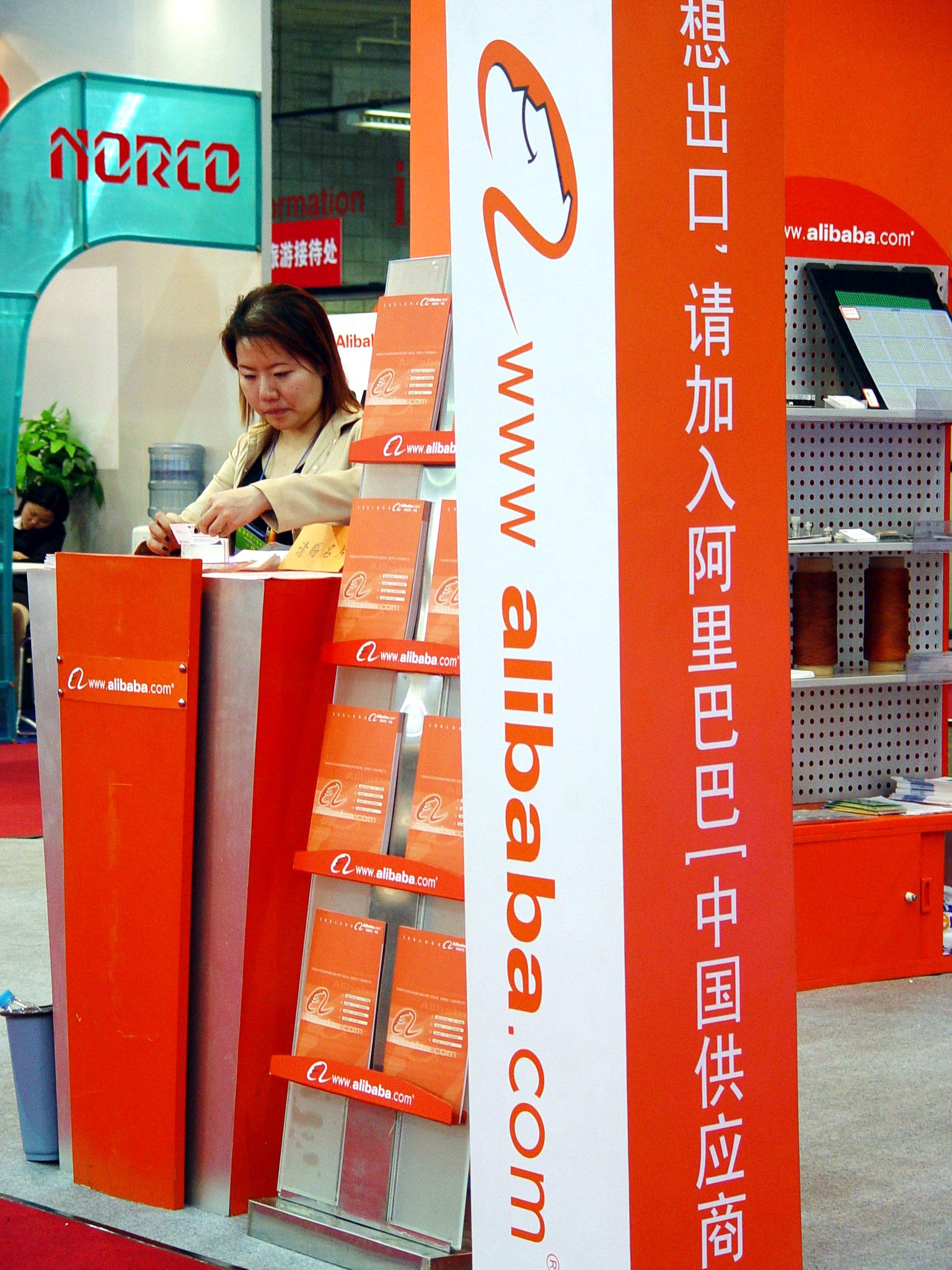 Alibaba attracted a strategic investment of USD 82 million on February 27, then the biggest private equity fund received by Chinese Internet companies. Alibaba's success attracted overseas capital's attention to the prospects of e-commerce in China and boosted the confidence of Chinese e-commerce companies.

The investment of international investors boosted the comprehensive recovery of e-commerce in China. In 2004, joyo.com and dangdang.com also received the venture capital of USD 6.5 million and USD 11 million, respectively; on August 19, Amazon announced to acquire joyo.com with USD 75 million. Capital operation remained a recurrent theme in the e-commerce market throughout the year, from eBay's second investment in eachnet.com to Softbank's capital investment in Alibaba and to elong.com sale of its stocks, and each of these capital transactions was closely watched.

E-commerce companies were active in the year. For example, the new domain name of jd.com was put into use at the beginning of 2004, marking the company's entrance into the e-commerce market; at the year end, the Alipay website was launched.

Regarding to users, according to the 14th Statistical Report on Internet Development in China issued by CNNIC, 37.8% of Chinese netizens had shopped online and 58% expected to do so in the future. 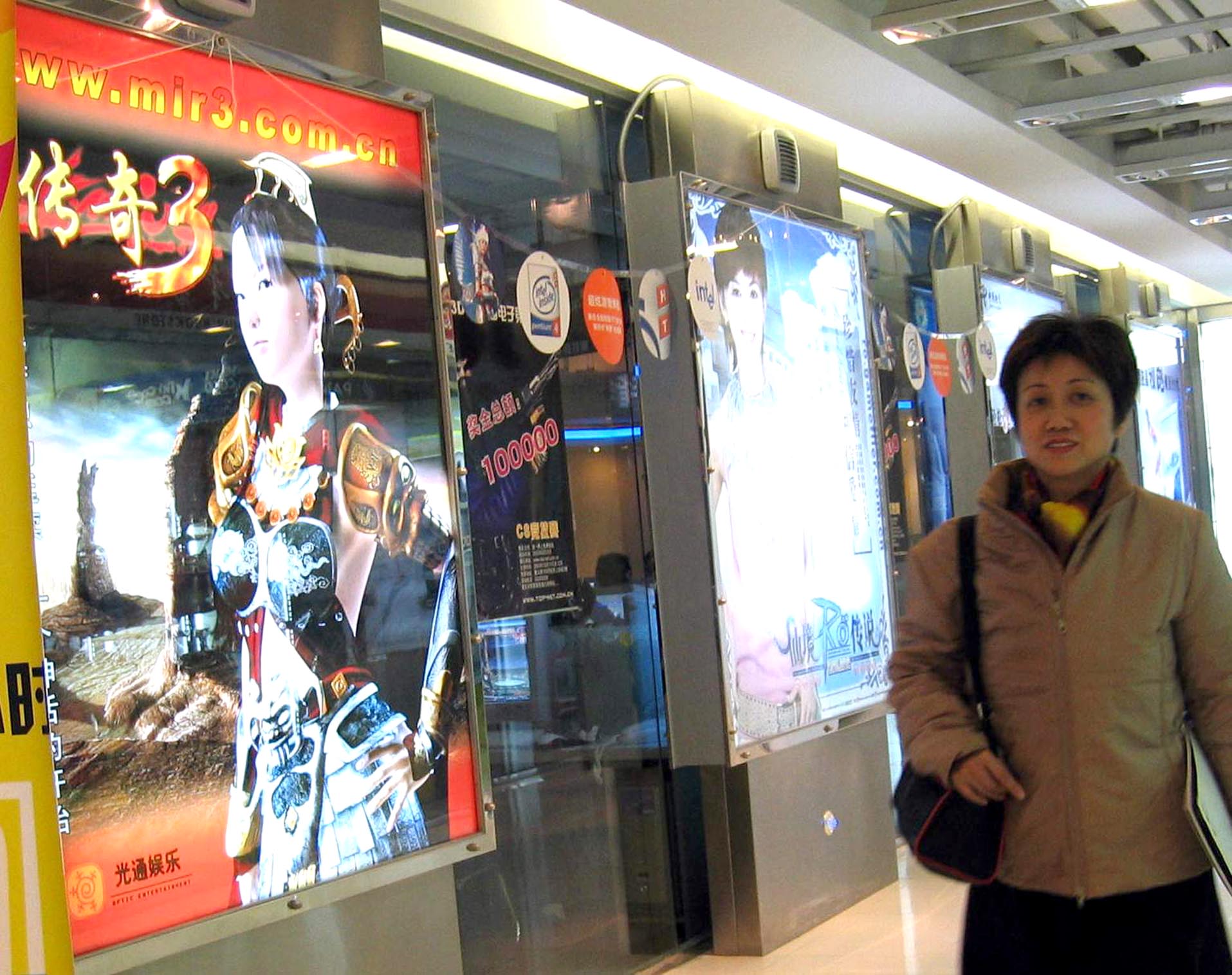 As to the quantity of gaming products, there were 109 online games available in the market, and 12 of them attracted more than 30,000 online players, one quarter of which were developed by Chinese companies. China planned to invest RMB one to two billion in developing online games from 2004 to 2008 to develop proprietary online games with Chinese characteristics. Meanwhile, to make up the shortage of gaming developers, the General Administration of Press and Publication launched the "10 plus one" talent cultivation program to establish one special college and designate ten higher education institutions providing gaming related majors in order to foster online gaming developers holding the bachelor degree.

At the same time, international companies rushed to the Chinese market one after another. Foreign games were not well received in the Chinese market due to cultural difference or because they were outdated until 2004 when Lineage II was introduced into China and attracted a large number of players. The introduction and popularity of foreign games showed that China’s gaming market was maturing.

Diverse payment channels made it more convenient for game players. The undiversified payment method applied to online games before had greatly restricted the increase of potential users, but the problem was solved gradually by the Internet technology. The popularization of online credit card payment helped boost the development of online games. Research showed that in 2003, 15.5% of game players made online payments with credit cards, and the figure jumped to 18.1% in 2004. The change provided a new momentum for the gaming industry. 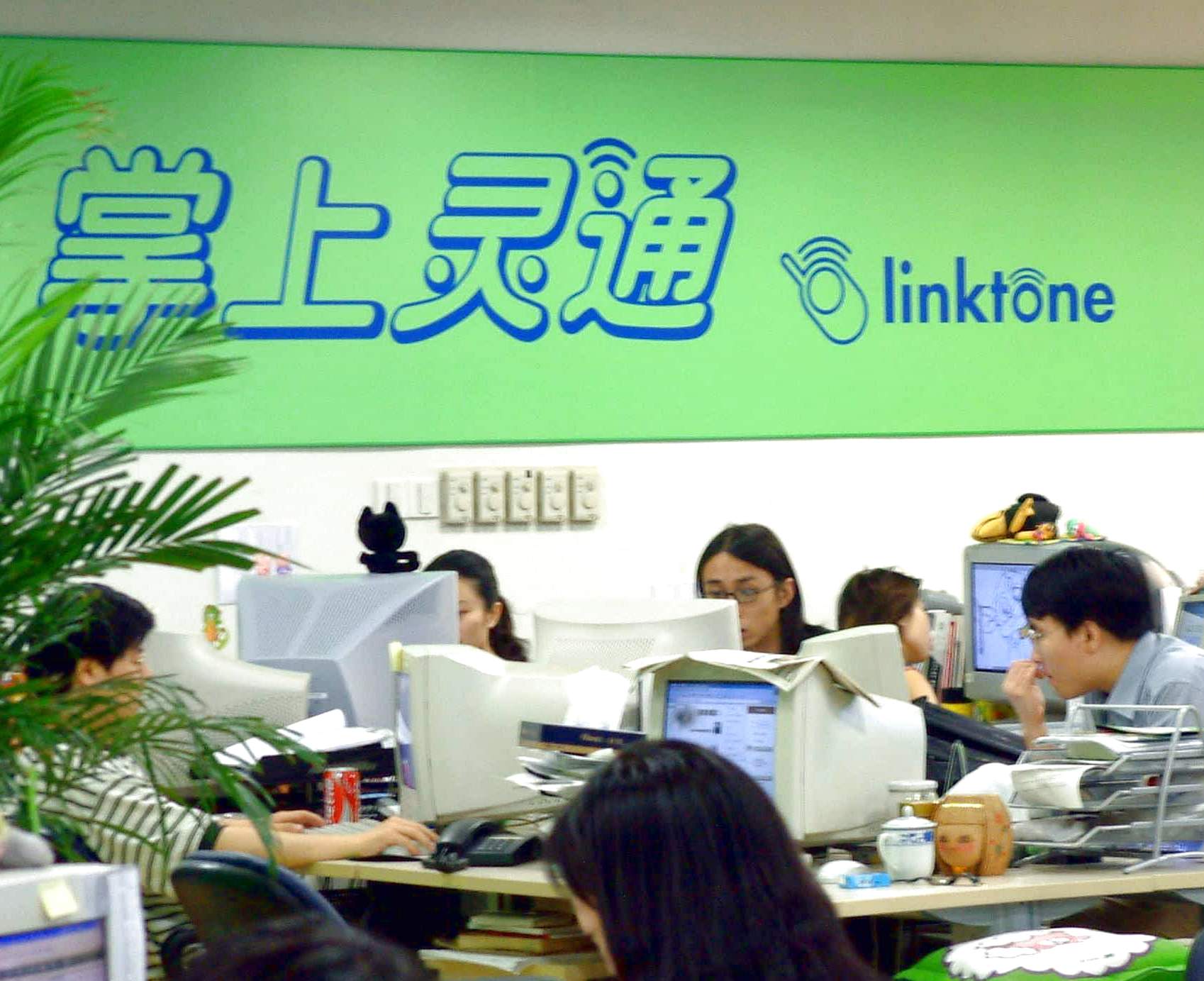 Linktone was a mobile service provider, China's first specialized service provider listed on NASDAQ and also known as the "No.1 stock of short messaging." Despite all its glories, its fate seemed to be doomed. Linktone struggled as mobile Internet developed rapidly and chose to delist in 2013 and withdraw itself from the value-added telecom service market. But it did set a good example for other Chinese Internet companies and encouraged them to make IPOs overseas.

Following its footprints, Tom Online was listed in both the United States and Hong Kong on March 10 and Shanda was listed on NASDAQ on May 13. Shanda's IPO took many by surprise for at that time, it was entangled with lawsuits and had postponed its IPO before. The situation didn’t turn for better until Tang Jun got on board. Its success served as a dose of strong medicine for Chinese Internet companies who saw new light in the picky eyes of investors.

Later, Tencent, KongNet and 51job.com were listed too. The IPO wave concluded with the listing of the 9 in December. In this year, seven Chinese Internet companies were listed, so was Google in the United States.

Jul. China's WAPI proposal to the ISO was thwarted by the United States in July 2004

WAPI, known as the Chinese version of Wi-Fi, was expected to become an international standard but failed for all sorts of reasons.

WAPI, a short name for Wireless LAN Authentication and Privacy Infrastructure, was a security protocol. China started to study wireless LAN in 1992, developed the technology for wireless LAN security in August 2001 and drafted the standard in November of the same year. In November 2003, the General Administration of Quality Supervision, Inspection and Quarantine of the People's Republic of China (AQSIQ) and the Standardization Administration of the People's Republic of China co-issued a notice requiring all wireless LAN products within China's territory to adopt the WAPI standard from June 1, 2004. But it was strongly objected by American companies including Intel and Broadcom who even threatened to suspend their wireless business in China. In March 2004, Chinese and American government officials negotiated without substantial progress. In July, China submitted the WAPI proposal to the International Organization for Standardization (ISO) in an attempt to make WAPI an international standard but was strongly objected by the United States. As a result, all the efforts China had made went in vain, China had to cancel the application on November 21, 2011 due to the interference of the United States and later the WAPI project was canceled by the ISO.

Despite its disappointing ending, the WAPI incident showed China's strong determination to seek for technological innovation and development.

Jun.16 Tencent was listed in Hong Kong on June 16 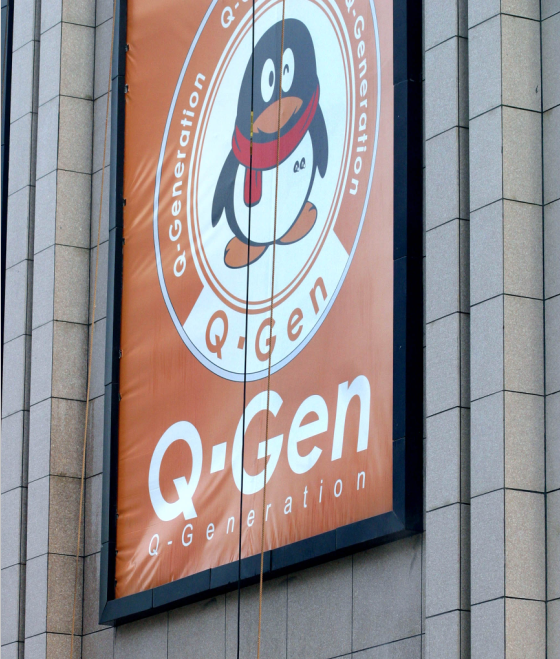 Tencent was listed in Hong Kong on June 16, 2004. By March 2004, QQ had attracted 291 million registered users, with six million users online at the peak hour. The gigantic user base paved way for Tencent's IPO. On the first day of IPO, Tencent earned the net income of 1.44 billion Hong Kong dollars and received the subscription application for 6.7 billion shares from retail distribution in Hong Kong, 158 times oversubscribed. Tencent's capital size expanded in leaps and bounds.

From then on, Tencent continued to expand its business scope and launched its own portal website in December. Now its business scope spans from instant messaging (IM), portal, gaming, email, QQ zone, music and videos, etc., basically covering all Internet services. Ten years later, its stock price soared from the offering price of 3.7 Hong Kong dollars per share to 580 Hong Kong dollars (by February 2014), growing 157 times.

May.21 The first China Computer-Mediated Communication Annual Conference was held in Nanjing on May 21 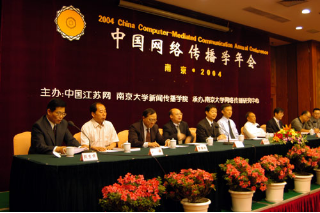 As the old saying goes, "Food and fodder should go ahead of troops and horses." When the concept of blog was invented in 2002, it was familiar to only a handful of elite netizens. At the first China Computer-Mediated Communication Annual Conference held in 2004, blog was one of the hottest topics and government departments and the academia started to follow and study its development. This gala in the communication community attracted extensive participation of media and helped more readers understand what the blog was. The conference was the "food and fodder" for the "troops and horses" to be mobilized in 2005, the first year of blogging in China.

The blog culture also added the heat of blog-related topics. At the annual conference, the role of blogs in computer-mediated communication and their future development and environment were discussed. In 2005, new progress was made in Internet communication, elevating the status of blogs and heating up discussions over them. Following the first China Computer-Mediated Communication Annual Conference, the second conference & 2005 China Computer-Mediated Communication Academy Award --- The Blog Contest was also staged in Nanjing.

Aug.28The Electronic Signature Law of the People's Republic of China was adopted on August 28 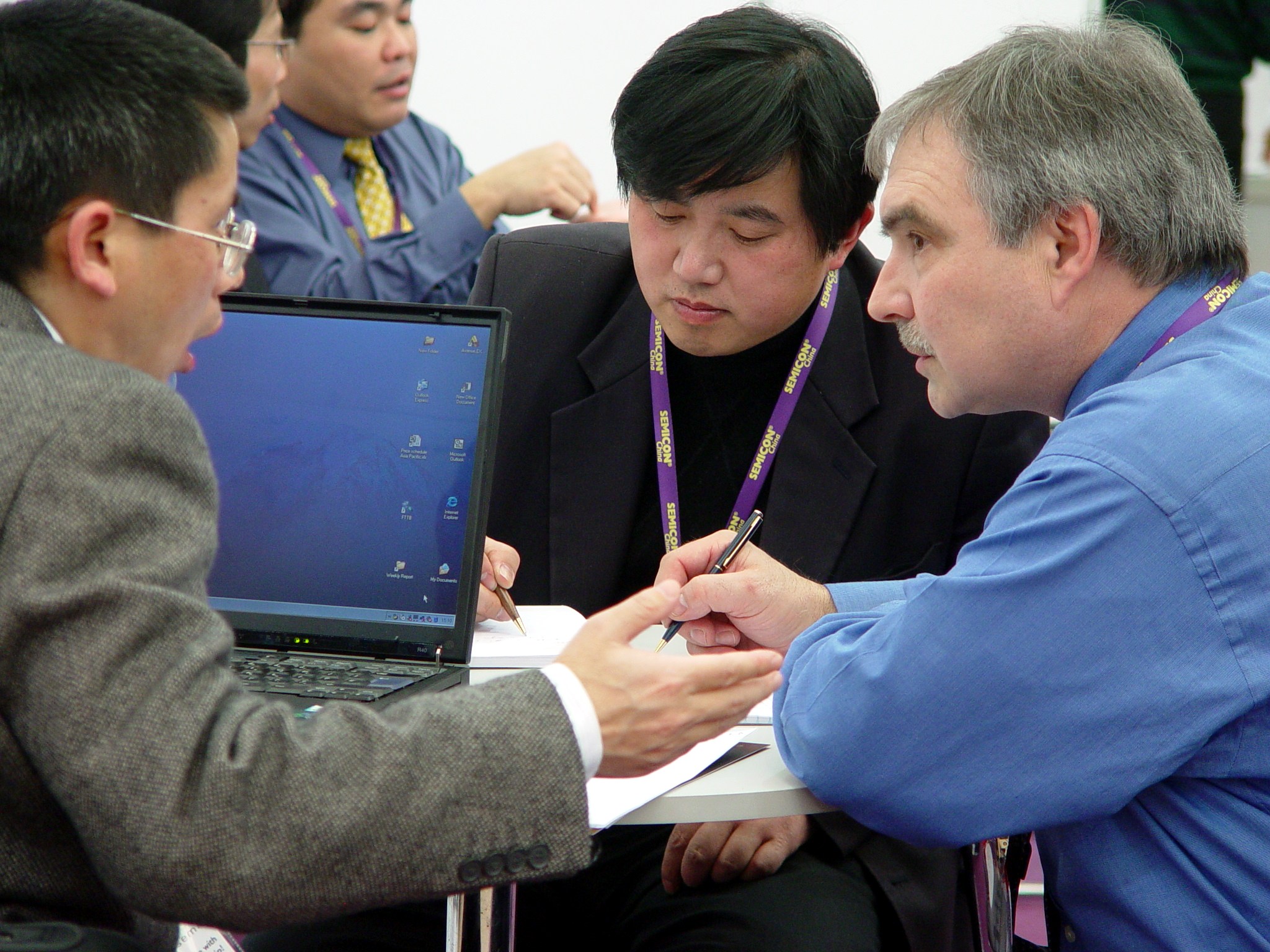 The Electronic Signature Law of the People's Republic of China was adopted on August 28, 2004 at the 11th session of the 10th Standing Committee of the National People's Congress and would be put into effect from April 1, 2005.

It's known as China's first law on information technology in the real sense and also the first law on e-commerce in the real sense. It stipulates that the electronic signature has the same legal effect with the handwritten signature and seal. Its promulgation was an important move to clear obstacles for e-commerce development and thus meant a lot for the rapidly-growing industry.

It also advanced the reform in the financial sector. With the development of e-commerce and technology, Chinese commercial banks also offered online banking services, allowing online transactions to grow in leaps and bounds in both terms of turnover and frequency. The Electronic Signature Law provides the legal guarantee for the authenticity of online transactions.

Sep.20The first Red Journey of Computer-Mediated Media in Beijing was launched on September 20 The Beijing Municipal Government Information Office and Beijing Association of Online Media jointly launched the Red Journey (to Jiangxi) of Computer-Mediated Media in Beijing from September 20 to 26, 2004. The event was designed to better implement the instructions on the training of web press professionals given by the State Council Information Office and educate heads of main online media and web news media on the revolutionary tradition, patriotism and the society. It's aimed to stimulate Internet business insiders' ideological and political consciousness, vision for the whole picture and sense of responsibility, and advance the rapid, sound building of cyber culture with Chinese characteristics by following the routes of revolutionaries, visiting the birthplace or former residence of martyrs, reviewing revolutionary ideas, and experiencing revolutionary achievements.

It was a red journey for online media in Beijing to inherit the revolutionary spirit, a cultural journey for them to feel the time-honored history, an experiential journey to understand national progress, a harmonious journey to reinforce cohesion and a journey of discovery to promote the building of cyber culture with Chinese characteristics. Nine consecutive terms of this event were held from 2004 to 2012, marking it a branded event in the Internet industry.