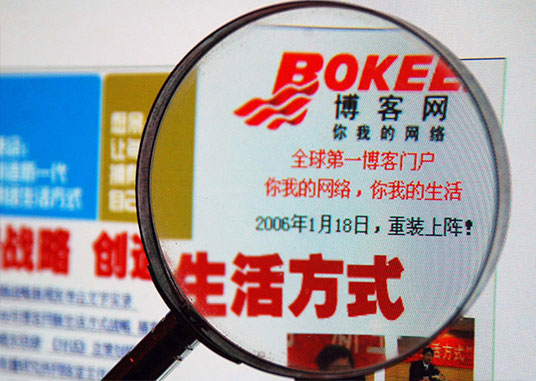 In 2005, Web2.0 changed the Internet.In this year, the number of Chinese Internet users exceeded 100 million, making China the country with the second largest netizen population after only the United States. A great number of users entered into the cyber world, and they need a new platform to cater for their needs and activities. At this time, a new network application model, Blog, as the most well-known Web 2.0 element, became an icon of this phase.
Web 2.0 has overturned the traditional information production model of the Web 1.0 era, as it emphasizes more on peer-to-peer information exchange of focus communication. Users as receivers of information are also creators of information, realizing information circulation of their own, which is a subversive creation. Blog was the epitome of this model. It completed the subversion of traditional elite model of information production, and influenced an era of Internet development.
The Web 2.0 concept, represented by the Blog, fueled the Internet development in China. While it was widely in use, it also gave rise to a series of new social things, such as Blog, RSS, WIKI, and SNS social network.
It was also in this year that Baidu was listed on NASDAQ, lifting the development of Chinese Internet to a new level. The heated debate triggered a year ago by the fact that the market value of Shanda exceeded many domestic portal sites still lingered, yet the market value of Baidu set a new target for Chinese Internet corporations.
The listing of Baidu also triggered the fever for the profession of webmaster. Webmasters formed a community-level group most close to the Internet and represented an important force fueling the development of Chinese Internet.
In 2005, the capital market for the Internet was very brisk. All sorts of mergers and acquisitions sprung up one after another; the most famous one was the acquisition between Yahoo! and Alibaba.
It was also in this year that the first IPTV business license in China was issued and that the college BBS in the Chinese mainland were forced to "transform" and restrict some functions due to the impact of YTHT BBS closing down. The effects of Chinese-style Internet management were becoming apparent. In this year, related governmental departments also promulgated some new policies on the future development of Internet and new regulations on its management.
In 2005, the first year of Blog has unlocked the new model of Web 2.0, from where the brilliance of Internet continues to sparkle. 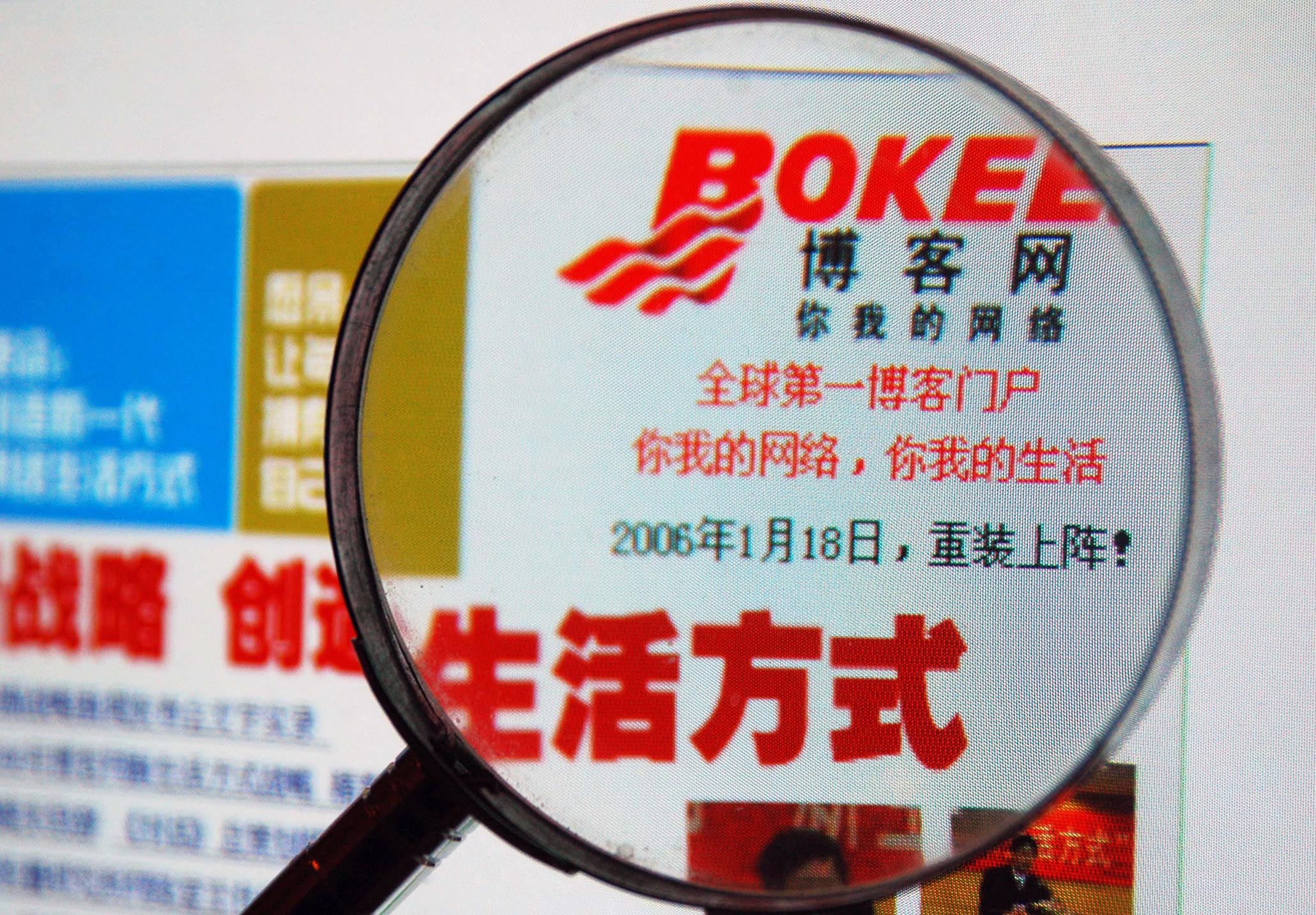 The first year of Blog starts from 2005 not because it was when the idea of Blog first appeared, but because it became phenomenal on the Internet in this year.

From 2002 when the Chinese Blog Godfather Fang Xingdong first proposed the concept of "Blog" to 2005, which was the first year of Blog, the number of Chinese Blog users had grown from a few score in the beginning to 16 million. Blog had realized the transcendence from one for the minority to one for the majority. Blog was no longer a privilege of the elites, but became a lifestyle of the grassroots group on the Internet.

Setting up a blogging website became a new option for Internet companies. From the professional old brand bokee.com built by Fang Xingdong, to all the blogging columns built by portal sites, and to the eagerness of local websites, nearly all business websites wanted to have a share of this feast. In 2005, bokee.com acquired an investment of ten million U.S. dollars from a premier venture capital firm, which was also one of the biggest investments around the world in the area of Blog. Thus it began the creation and building of new products. QQ launched the blogging service Qzone; Sina and Sohu each launched a public beta version of Blog. Sina Blog worked on celebrity charm by inviting all sorts of celebrities to post blogs there. At this point, a blogging trend had widely sprung up on the Internet.

The advent of Web 2.0, represented by the Blog, has made the online life of Internet users less monotonous, but full of interaction and fun. The Internet business is no longer simply about a portal site; instead, it has news and sharing, games and shopping, search and communication. 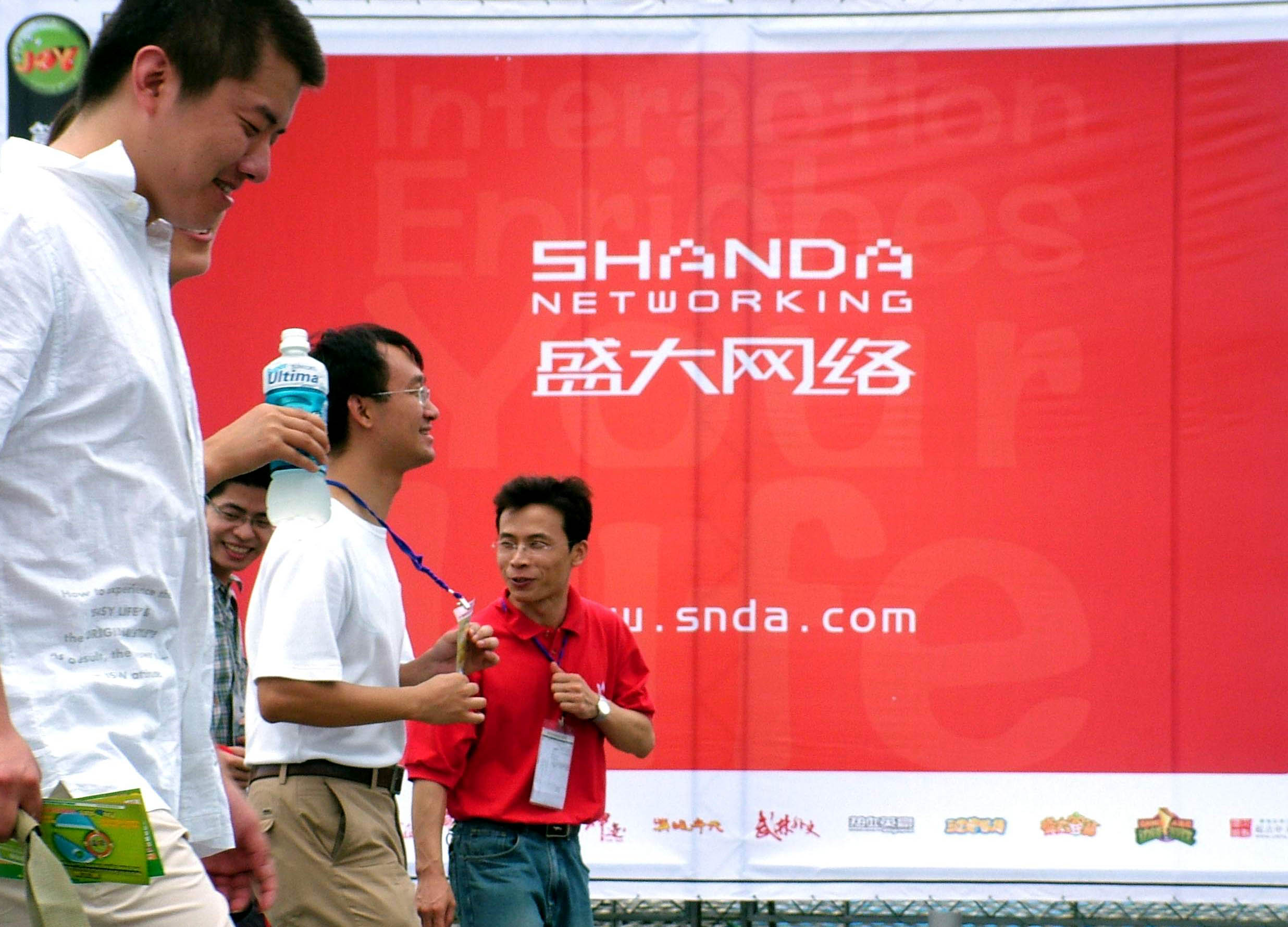 On February 19, 2005, when people were still enjoying their leisure time during the lunar Chinese New Year, an acquisition battle had already begun in the Chinese Internet industry. Shanda acquired 19.5% of Sina's stock.

The whole process of this acquisition provided much food for thought. From the afternoon of February 18 when rumor got out that "Shanda was going to buy Sina's stock" to the morning of February 19 when the Shanda website announced that Shanda had bought 19.5% of Sina's stock at 230 million US dollars in cash, Sina had kept silent all along. The enthusiasm of Shanda presented a sharp contrast to the silence of Sina, which kicked off this acquisition battle.

In the evening of 19th, Sina offered a low-key response to the acquisition act of Shanda, and admitted to the public that "it was a sudden incident", showing that the acquisition act of Shanda was a real surprise attack and a successful one. Later, Wang Yan, CEO and President of Sina.com sent an email to all staff of Sina, giving a brief account of the incident, to reassure them.

The round-the-clock follow-up reports of the media and all-round interpretation and analysis of all experts made the silent Sina unable to remain silent any longer. On February 21, Sina issued an announcement in response to the Schedule 13D of Shanda, and on 22, it introduced the "shareholder rights plan", commonly known as the "poison pill plan", to prevent Shanda from buying more of its shares. With this, the acquisition incident settled down, thus ending the Era of Three Kingdoms of the Chinese Internet.

Since March 2005, according to the regulations of the Ministry of Education, colleges in the Chinese mainland started to carry out the real-name authentication system on their campus BBS, and conditionally allowed or restricted the access of off-campus users.

On April 7, 2005, the China Webmasters Forum and the First China Webmasters Conference were held in Xiamen. Since this conference, webmasters, as a grassroots force on the Chinese Internet, officially became professional and came into the spotlight, making themselves really understood by a vast number of Internet users.

The participants of this webmasters conference included not only the webmasters, but also senior personnel from the government, industry organizations, and the Internet field. The level of the participants showed the significance of this conference. The main initiator of the China Webmasters Conference was Cai Wensheng, who was the founder of 265.com. From 2005 to 2007, he held three Webmasters Conferences in a row.

More than a hundred webmasters participated in the first webmasters conference. Almost all of their websites ranked among the top 2000 according to the Alexa Global Ranking. A webmaster participating in the conference said proudly standing on sightseeing cruise, "if this ship sank, the Chinese Internet industry would become paralyzed." It was a joke, but also true. The sum of the visitor volume of all Chinese personal website webmasters at the time could account for more than one third of the visitor volume of the entire Chinese Internet. Because of this, personal website webmasters became a business force impossible to be overlooked at the time. On July 20, Google announced the nomination of Kaifu Lee to be the president of Google China, in charge of Google's business development in China.

Putting aside the fact that Microsoft and Google confronted at court for Kaifu Lee, Microsoft and Google's competition had turned white-hot, both having long been ambitious for the Chinese market. In April 2006, Eric Schmidt, CEO of Google, announced in Beijing that the Chinese name of Google was "Gu Ge" (literally "song of valley"), marking that Google officially entered into the Chinese market. Later, Google steadily carried forward the localization of its various services in China, but it was still unaccustomed to the local environment, a problem which grew even more serious in its later development.

In April 2007, one year after Google entered the Chinese market, sohu.com accused Google of plagiarizing its input method, which attracted extensive attention from the media and heated discussion among users. Input method was not the hit product of Google; search was, but it also came across many difficulties in the Chinese market. The simple sinicization of Google search content and bad search experience had always perplexed the whole team. In June 2009, CCTV accused Google of spreading sexual information; Google was faced with double pressure at both legal and ethical levels.

In March 23, 2010, Google announced that, starting from this day, it would stop the vetting and screening of webpage search, news search, and picture search on Google.cn, and visitors to Google.cn would be redirected to Google.com.hk.

Although Google was an outstanding international company, and the market share of its search service had long been ranking the second in China, it eventually chose to leave due to its non-acclimatization to the local environment and the flaws of its own products and services. 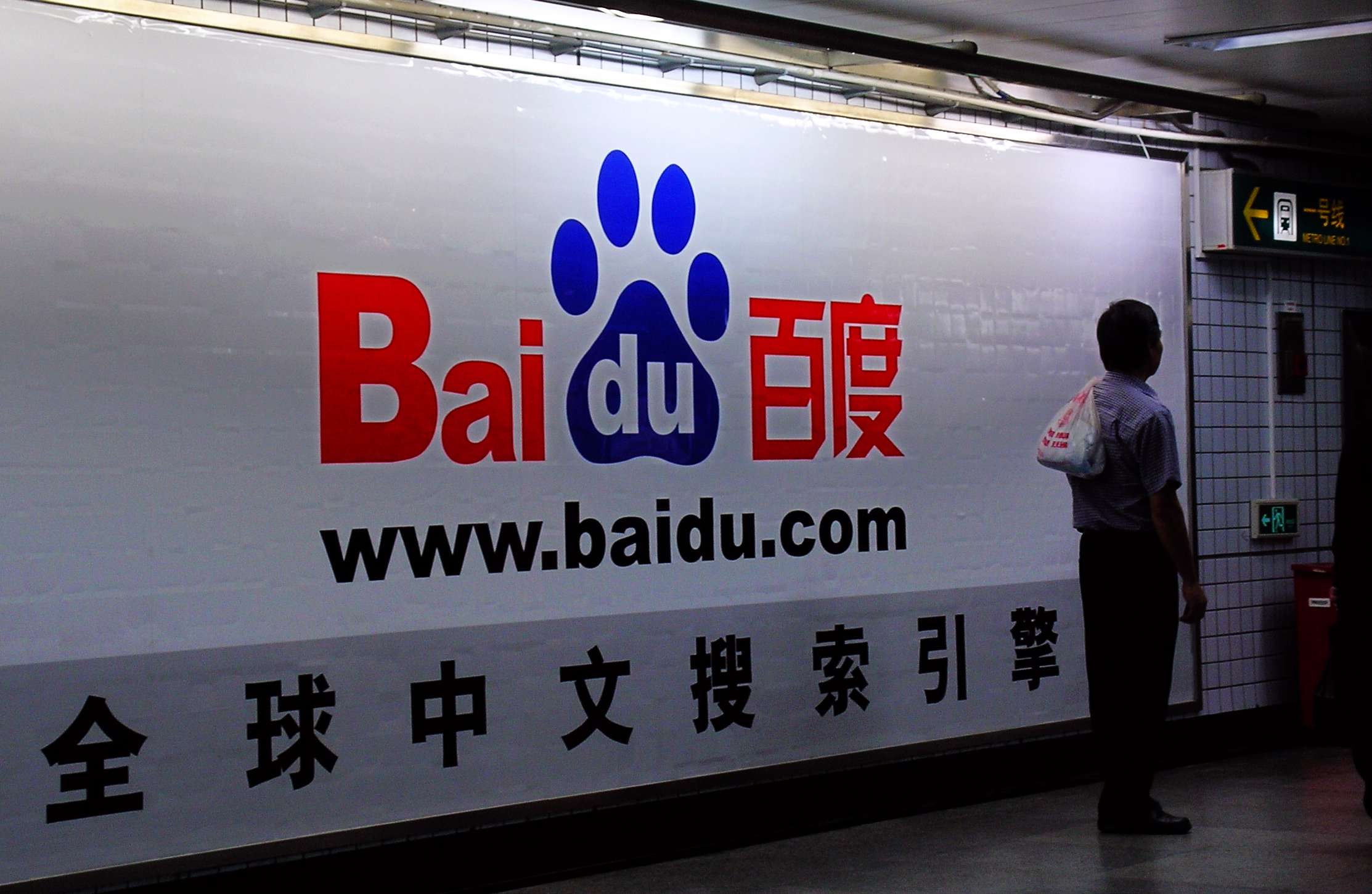 At 23:40 Beijing time on August 5, the cheers and joy of a small crowd of Chinese people on the NASDAQ exchange of the United States deeply attracted the attention of a large number of Chinese people across the Ocean; it was because Baidu was listed.

The successful listing of Baidu and its first-day performance verified the rule that "the Internet has no permanent leader". After Shanda created a peak of market value a year ago, Baidu lifted this peak to a new height. Baidu opened at USD 66 per share on the first day, and closed at USD 122.54, jumping 353.85% and reaching a market value of 3.958 billion US dollars. The surge in the stock market also pushed up the valuation of Robin Lee, founder of Baidu, approaching 1 billion US dollars.

Known as the "Chinese Google", Baidu had already become the largest Chinese search engine in the world, and also one of the ten largest websites in the world, ranking among the top 3 Chinese websites around the globe. Although Baidu was not as good as Google in technology and brand, yet its meticulous localization enabled Baidu to grow rapidly. Investors loved growing companies and loved rising stars in the Chinese Internet industry. 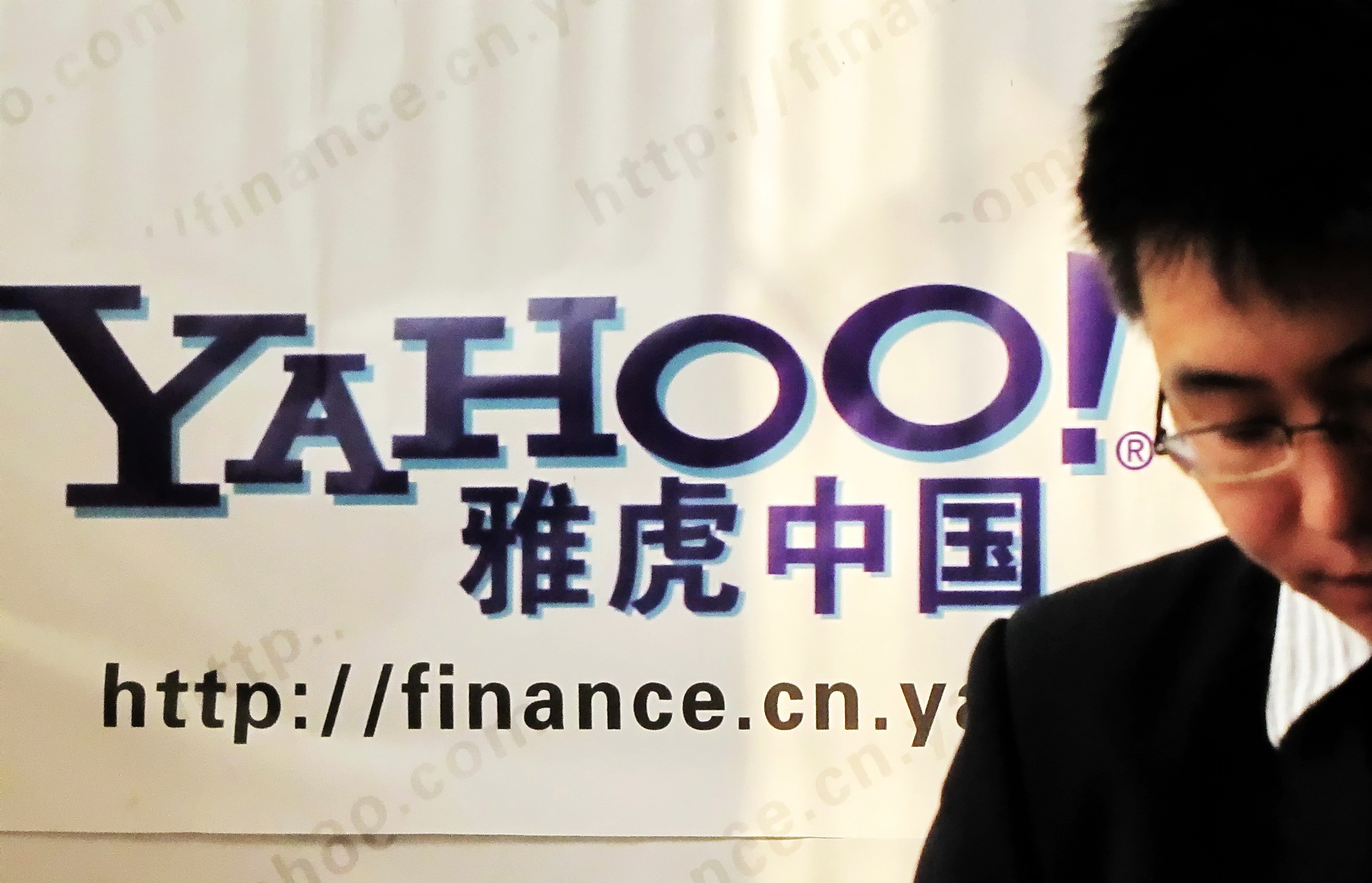 Yahoo!'s purchase of 40% Alibaba's stock, or known as Alibaba's acquisition of Yahoo China, was officially finalized on August 11, 2005 as the "No.1 merger" in the Chinese Internet industry at the time.

According to the cooperation agreement signed by both sides, Alibaba bought all the assets of Yahoo China, obtained an investment of $1 billion from Yahoo!, and the right to indefinite use of the Yahoo! brand in China; meanwhile, Yahoo! acquired 40% of Alibaba's stock, and owned 35% of the voting rights. After the merger, Alibaba was responsible for the operation and management of Yahoo China and Jack Ma himself served as the General Manager of Yahoo China.

Alibaba did all it can to take over Yahoo China, and Yahoo! spent a great fortune to become a shareholder of Alibaba; both sides had their own intentions.

A week before this "No.1 merger", Baidu was listed; three weeks before it, Kaifu Lee was appointed the President of Google China. Obviously, search had become the hot topic of the time. Jack Ma meant to combine Yahoo! search with its own e-commerce, and realize face-to-face confrontation with eBay and Amazon worldwide.

Yahoo! had its own ambitions too. "He who wins search wins the world, he who wins China wins the world". Guided by this belief, Yahoo! chose Alibaba. To open the Chinese market, it must rely on local companies, and Alibaba was the strongest local brand in Chinese e-commerce.