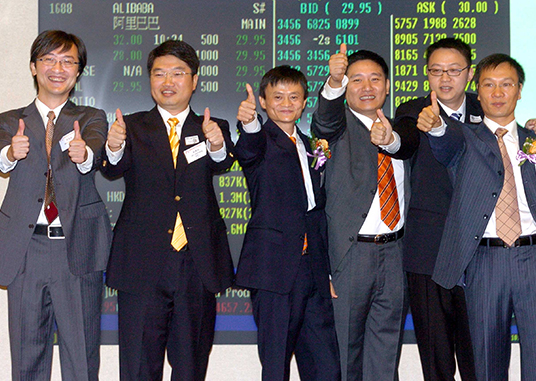 The year 2007 witnessed vivid Internet development in China as many hot issues, public focuses and suspicious cases were captured and magnified by the Internet, ranging from NPC & CPPCC sessions, the 17th National Congress of the Communist Party of China, e-commerce, online game companies going public,Mergers&Acquisition cases, the "UnprecedentedNail Household" incident and  South China Tiger Incident.
In 2007, as Web 2.0 represented by Blog drew to a close, Business-to-Customer(B2C) boomed. Online game and software companies, led by Perfect World Co., Ltd., Giant Interactive Group Inc. and Kingsoft Co., Ltd. going public collectively triggered the third Initial Public Offering(IPO) boom. Different from the first boom represented by portal websites in 2000 and the second boom represented by Baidu 2004, the third boom in 2007 saw a wider range of wealth creation ridden by Chinese Internet companies, which had entered into the capital market, as the global capital market was gaining momentum and the profits gained by Chinese Internet companies were expanding. That Alibaba Group, Giant Interactive Group Inc. and Kingsoft Co., Ltd. went public not only pushed their leaders up the rank of the wealthiest, but also produced a number of wealthy employees. Unlike the previous two booms which primarily relied on the talents of the entrepreneurs, the third boom disperse stock shares among employees during the prolonged process that lasted 8 to 10 years; thus, the boom of rich groups came into being. As Alibaba Group, the e-commerce giant, went public, the market values of Tencent, Inc, Baidu and Alibaba Group all exceeded $10 billion, and the total market value of listed Chinese Internet companies reached nearly $70 billion. As e-commerce platforms developed rapidly, the "Light Asset Company" business model, represented by Perfect Products Group(PPG), opened up the B2C market, and the fever of e-commerce will definitely last.
The year 2007 was full of highlights. There was the "IPO" boom on the one hand, and mergers took place one after another on the other hand. March saw the merger of Focus Media Holding Ltd. and Allyes; and May witnessed Focus Media joining hands with Eastmoney.com, the largest financial website, and launching a series of acquisitions involving companies such as iResearch, Beijing Wonder Advertising Co., Ltd., Shanghai JiangpanMeida Group, and CGEN Digital Media Network Co.,Ltd. Similar mergers and acquisitions included WantsunTechnology's purchase of efu.com.cn, Hurray! Holding Co., Ltd. merging with Enlight Media, and Linktone Ltd. being acquired.
Still in 2007, the the Communist Party of China(CPC) and the central government attached great importance and provided strong support to the healthy development of Internet in an unprecedented way. The 11th Five-year plan for the Informatization of National Economic and Social Development was issued, laying out the overall goals of informatization and Internet development during 11th Five-year Plan period, setting out key projects, and defining support measures. These were all important steps to boost the integration of informatization and industrialization as well as to implement the Scientific Outlook on Development. The same year saw the official launch of the Comprehensive Anti-spam Platform built by Internet Society of China(ISC). On this platform, telecom carriers and e-mail service providers could share their data and deal with spams together. The Comprehensive Anti-spam Platform has become the most authorative one among the similar products in China and even in the whole Asia-Pacific region.
Though the great play featuring "Wealth creation", "Merger&Acquisition" and "11th Five-year Plan" drew to a conclusion, we still believe that the Internet era that belongs to China has just started.

Jul.27Perfect World launched the IPO in NASDAQ on July 27 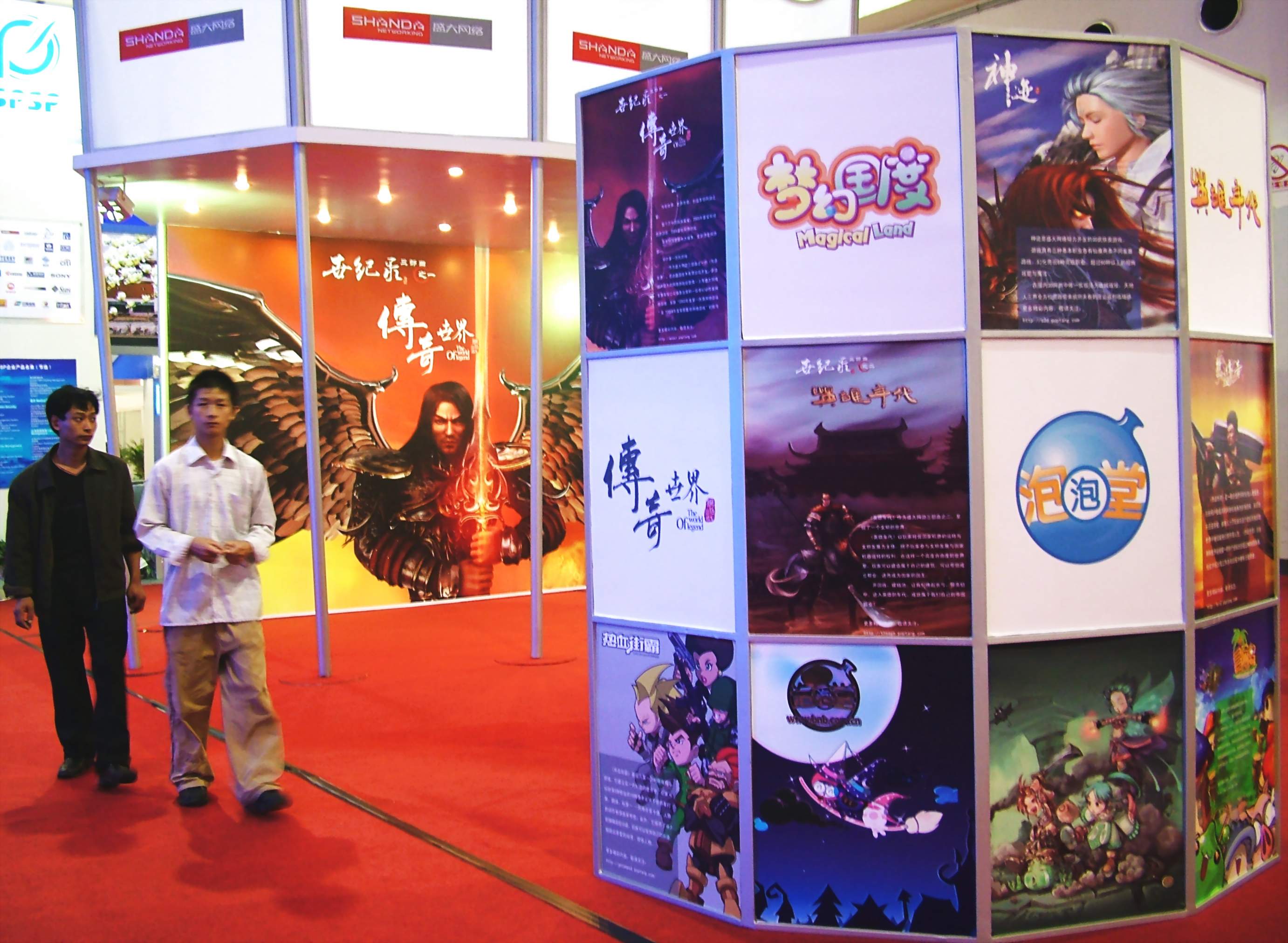 After going public, the listed companies secured adequate capital to pool and integrate game resources as well as resources for game Research and Development(R&D), and channels. Take the Perfect World as an example.Before it went public, the domestic market was dominated by independent R&D of 2D online games while the technical R&D of 3D online games had long lagged behind Europe, the US, Japan and South Korea. Most outstanding 3D online games in China came from overseas. After being listed, Perfect World were able to narrow the gap between domestic technologies and the world-leading ones in terms of 3D online games, fill the blank of 3D online games on the domestic market, and enter overseas markets successfully. Thus, Perfect World's going public was a driving force for the domestic game industry and many game companies started to shift their focus from being game agents to independent R&D. The strengths of independent R&D not only brought more flexibility and profits, but also showed more convenience and effectiveness later when adjustments were needed to create a game fatigue system according to Chinese laws and regulations.

Thus, technical R&D is the backbone of the development of the online game industry or even the whole Internet industry. Perfect World's going public was not only a breakthrough in a company's capacity to pool resources, but also enlightment for the whole industry: technological breakthrough is the key to profits.

Sep.3TOM Online was delisted on September 3 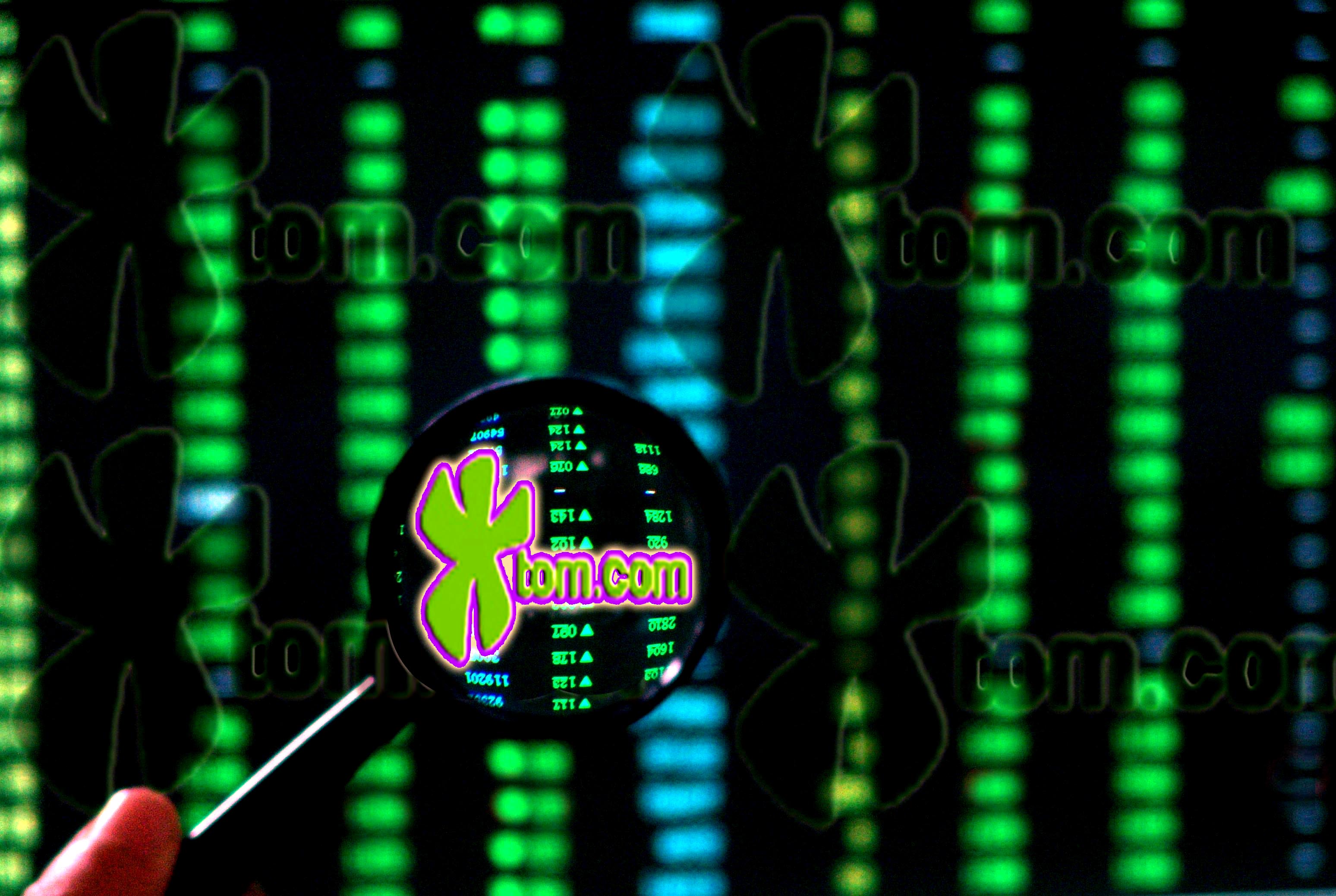 TOM Online was launchd in mid-2000, featuring wireless value-added services such as SMS, wireless music, phone games, phone payment, and sports news and instant messaging on cell phones. In 2004, TOM Online gained strong development momentum and went public in both Hong Kong and New York. In the last quarter of 2006, it merged with eBay and started its e-commerce business.

During Sept 3-6, 2007, TOM online was delisted in Hong Kong and New York Stock Exchanges in succession and became the first China concept stock to be delisted. On the following day, Link-ideal, an SP listed in NASDAQ, sold 51% of its shares to Media Nusantara CitraTbk(MNC); on November 19, Hurray! Holding Co., Ltd. and Enlight Media merged to form a new company named Enlight and Hurray! Media and Entertainment Group.

The delisting of TOM Online did not reflected not only problems of the company itself but also served as the showed the fierce competition in the current wireless value-added market.Starting from July 2006, carriers such as China Mobile, and relevant authorities took regulatory actions on the Service Provider(SP) market, and the price of Chinese SP stocks in NASDAQ all went down. TOM Online, whose revenues came primarily from service provision, was one of them.

The delisting of TOM Online aroused wide discussions and broadened people's understanding of capital operation: "going public"  is not the only way out for a start-up and it may not be the best choice for all.Learning from TOM Online, entrepreneurs started to think about how to serve and build their company through capital operations.

Nov.16Alibaba Group was listed on November 6 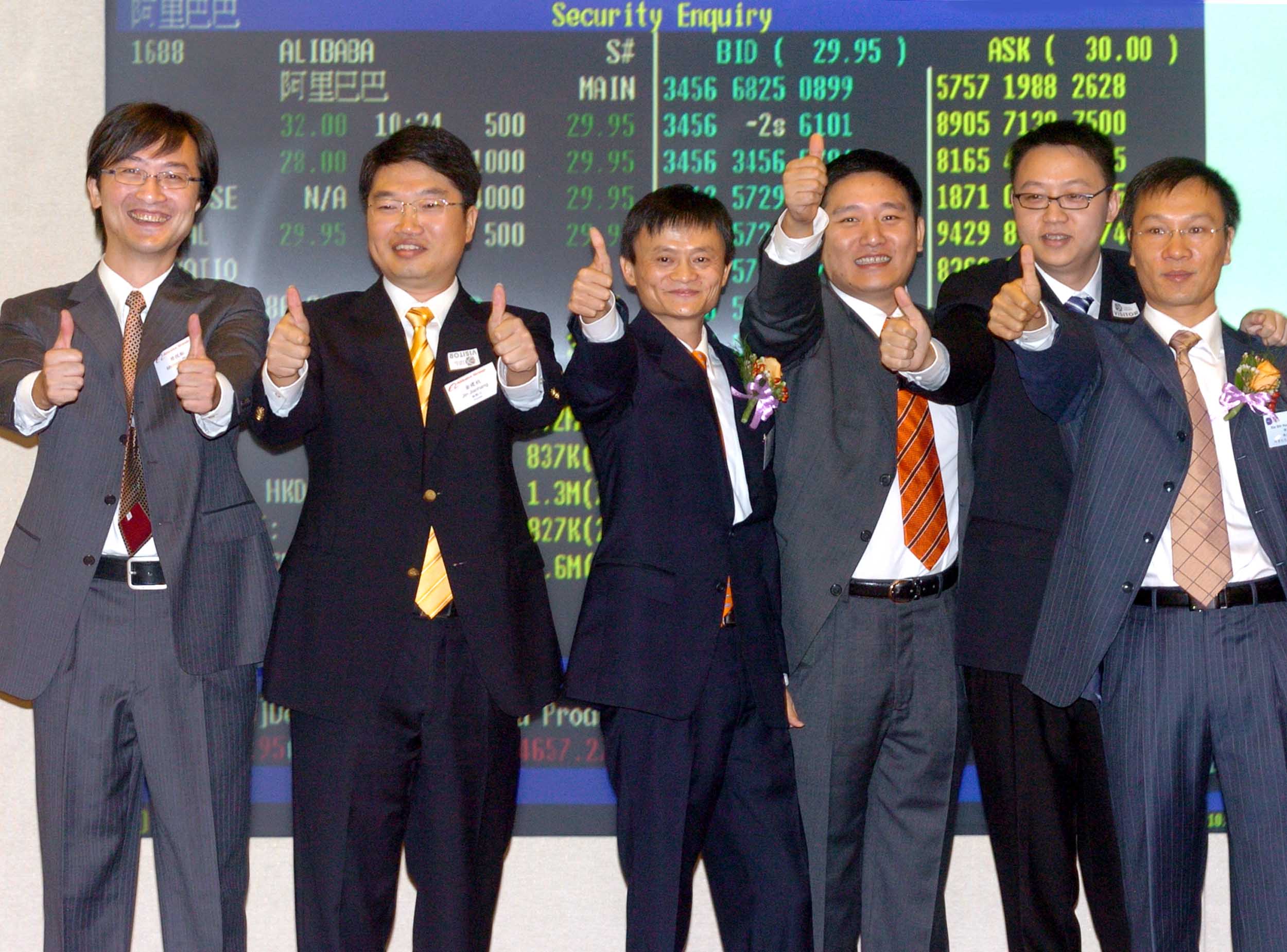 On November 6th, 2007, the Alibaba Group was listed on HKEx with an opening price of 30 HK$, and then it held the first place of HKStocks with a closing price of 39.5 HK$, which is higher than the public price, 13.5 HK$,of 192%.This rise broke the record of Xinxin(3833.HK) whose public price rose 1.2 times on the first day. The boom of the IPO culminated in 2007 because of the IPO of the Alibaba Group,since then, the development concentration was transformed from entertainment into business, and a series of business Internet companies grew and expanded step by step. After the IPO of the Alibaba Group, the market value of the Tencent, Inc., Baidu, and Alibaba Group exceeded $100 million successively.At the same time(On October 6th), the market value of Sina, Sohu.com Inc., and Netease; Inc. are $2.683 billion, $1.454billion and $2.113 billion respectively, and the total amount is less than $10 billion. It is obvious that the title of the "Big Three"  was obtain by the Tencent, Inc., Baidu, and Alibaba Group. The total market value of the Chinese listed companies was closed to $70 billion.

The Internet has gone through two booms since its emergence: the first one was boom of portals represented by Sina and NetEase; the second one was the boom featuring entertainment, which was represented by Shanda Games, The 9 Limited, Tencent, and Baidu; and the third one was the commercial one characterized by Alibaba Group, which not only gave birth to rich business owners, but also produced the largest number of wealthy programmers and salesmen. Alibaba's Prospectus revealed that about 4,900 employees held stakes in the company, 90,500 shares each on average, when it went public. Calculated with the central parity rate of $11 per share, each of these employees got HK$ 1 million through the IPO, which meant that Alibaba's going public created thousands of millionaires.

In 2007, E-commerce shone in terms of user participation, turnover, and company performance in the capital market, which was a result of Internet development over the past more than 10 years. E-commerce is one of the core values of the Internet. A slight release of such value produced great enterprises like Alibaba Group. This is the power and value of E-commerce. When all sectors of society are brought together on the Internet and into an IT-based environment,business activities see no barrier online, E-commerce will show its real power. This is the inspiration from the development of E-commerce in 2007. 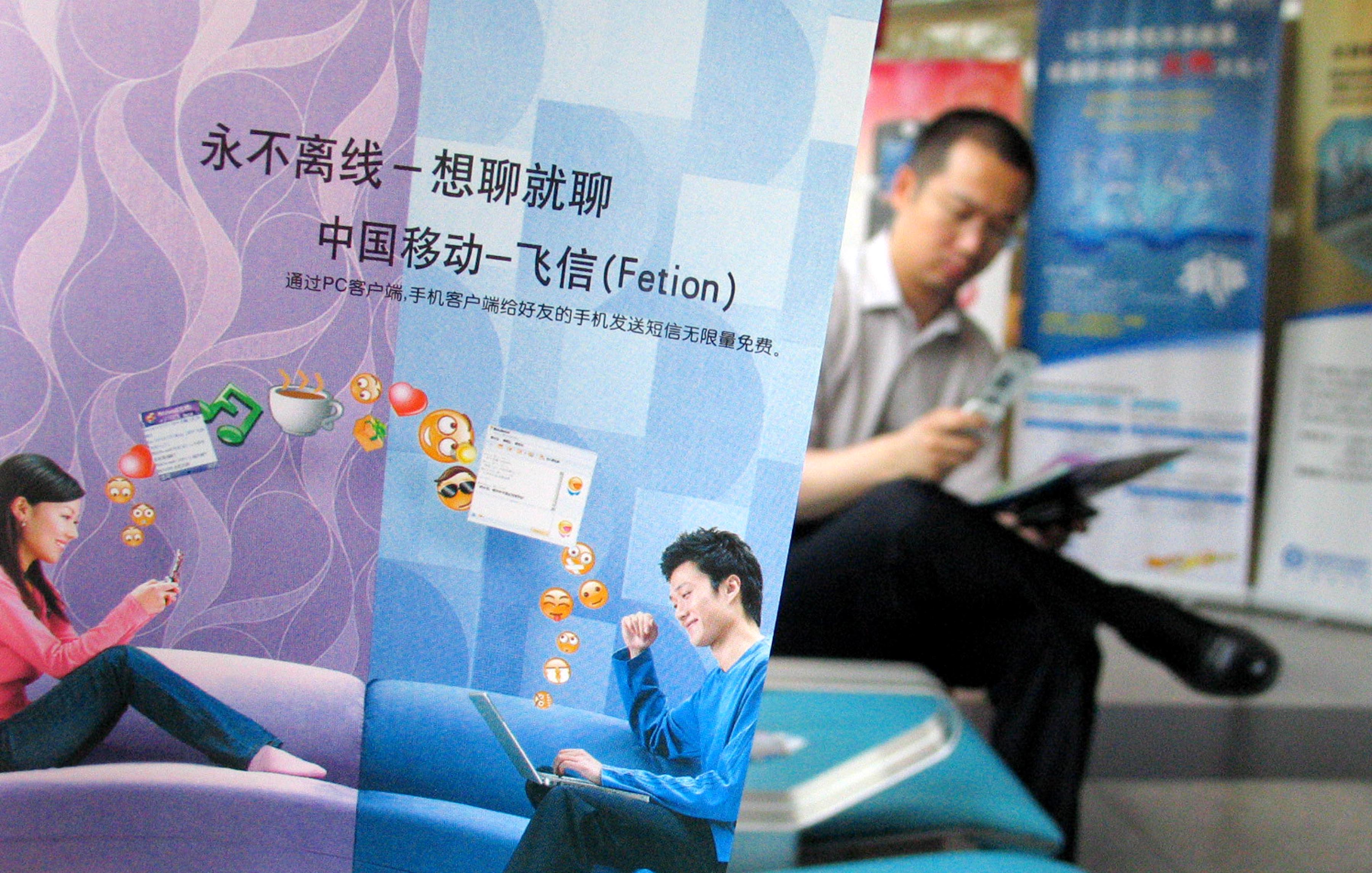 With its slogan of "Non-interrupted communication and non-stop wonderful life", Fetion was a breakthrough that connected Instant Message(IM) services on PCs and mobile phones as well as between mobile phones. Phone number thus started to merge with other accounts, forming a general trend in IM development. In 2007, 2G mobile network was still dominant, there was no WeChat or Mitalk, and mobile Internet was still in its infancy. At that time, Fetiongave both enterprises and customers a brand new way of thinking. Fetion was not merely an IM tool for text messages, multi-party communication, and audio and video chatting. Instead, it has evolved into a comprehensive information platform integrating communication, information, entertainment, search, e-commerce, business cooperation and customer services. 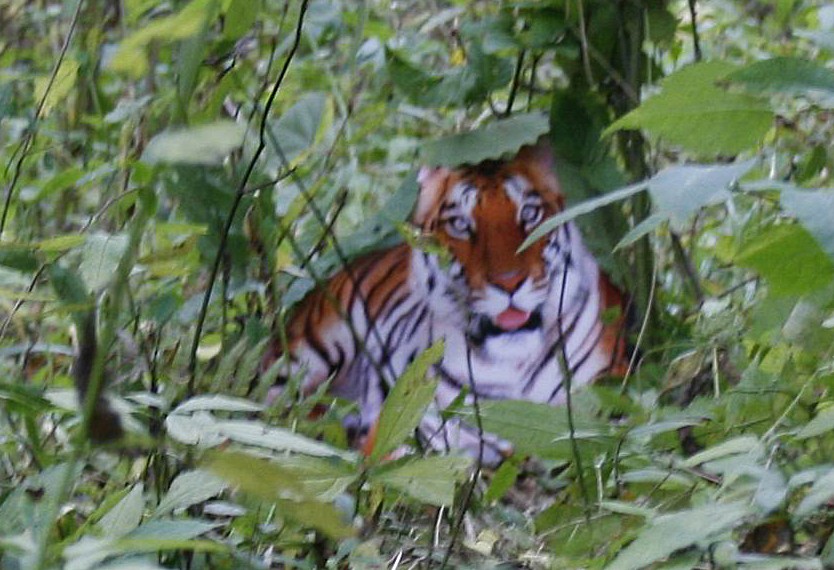 In October 2007, ZhouZhenglong, a farmer from Wencai Village, Zhenping County, Shanxi Province, claimed that he shot photos of South China tiger in the wild. On October 12, 2007, the Forestry Department of Shanxi Province declared that after verification, the more than 70 photos were real and Mr. Zhou received a reward of RMB20,000. But the authenticity of these photos were questioned by netizens, tiger experts, law practitioners, and experts from Chinese Academy of Sciences, and drew attention from all over China and even around the world. Not until June of 2008 when Zhou was arrested did he admit that those photos were not real and 13 officials were involved in this case and punished. This case challenged the credibility and moral standard of the government. The reason why this case has attracted attention was that it was a matter of public credibility.

"Photo of South China Tiger" was a typical case of online supervision by netizens. From October 2007 to June 2008, media pushed for progress regarding this incident for up to eight months. It was the media's supervision that pushed the Forestry Department of Shanxi Province to investigate in the case step by step, from faking the photos to the discovery of the painting, to the survey on South China tiger population, and further to the second verification of those photos. Everything was exposed to the public and the authority had no choice but to go on and seek out the truth.

Dec.The 11th Five-year Plan for the Informatization of National Economic and Social Development was issued in December

With regard to international development trends, informatization was becoming a key strategy in global competition and it was a hard-won opportunity and major challenge faced by human society. As global informatization and economic globalization interwove,the imbalance in economic and social development grew worse and unprecedented impact was exerted on the the relative national competitiveness of different countries. Striving for strategic advantages for future development, both developed and developing countries formulated and implemented strategies and actions for informatization. During the process of global informatization, China is at a critical point where it turns from making passive responses to making active development efforts. Thus, stepping up to implement national informatization strategies and strengthen IT innovations has become a must for the modernization of the country and the improvement of our comprehensive national strength.