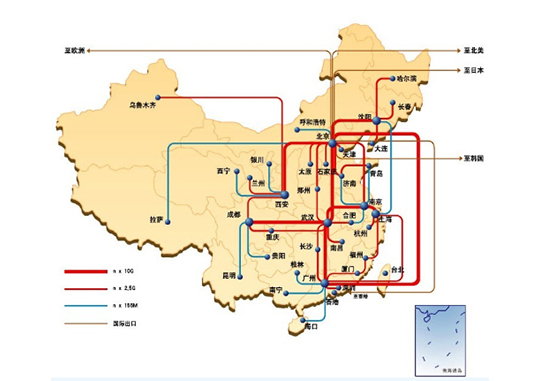 April 20, as the date of birth for Internet in China, is worth remembering by the entire Internet circle of China and everyone involved. According to international conventions, the Internet applies to various fields such as military, education, scientific research, politics, business etc.

In July, the experimental network of China Education and Research Network (CERNET) developed by Tsinghua University and five other higher education institutions was launched. In August, the project of CERNET was officially approved. In September, two 64K dedicated lines (one in Beijing and one in Shanghai) were launched via US-based Sprint. In October, CHINANET was launched and the development of CERNET kicked off in an all-round way. Such rapid and orderly progress was the herald of robust Internet development in China.

After the debut of the Internet, China saw a high tide of development in society, industry, culture, scientific research, and education. Now, China has made tremendous achievements in the cyberspace, a new living space of mankind. It not only boasts the largest number of netizens, but has also broken the monopoly of the US companies in Internet application services. By the end of 2013, the number of Chinese netizens was nearly 600 million which equaled the number of netizens in the top five developed countries combined. Through 20 years of efforts, Chinese Internet enterprises have developed many innovative proprietary technologies and business models with Chinese characteristics. Many of them have raised funds in the financial markets of Hong Kong and the US and were highly recognized and widely welcomed there. At present, three Internet enterprises from mainland China have made their way into the top rankings of global Internet companies in terms of market value (BAT: Baidu, Alibaba and Tencent). In terms of the rankings by country, China has become the second largest Internet power, following the US.

"Do not forget the man who dug the well when you drink water." Over the past 20 years, Internet gradually settled down in China and took an increasingly strong foothold. It attracted numerous talents and inspired a great many to start their own business or achieve a successful career as they dreamed of. Today, standing on a huge Internet platform laid by our predecessors, we shall pay tribute to all those who contributed to China's Internet undertaking.

Efforts to gain access to the Internet in 1994 could be traced back to the "first e-mail". Successfully sending an e-mail in 1987 was a preliminary achievement. On September 25 of the same year, China Daily (English version) reported that "China established computer connection with 10,000 universities, research institutes and computer manufacturers in the world. The connection was achieved with two Siemens computers respectively in Beijing and Karlsruhe." On November 8, NFS Director Stephen Wolff expressed welcome to China's access to the international computer network.

On October 10, 1990, Prof. Wang Yunfeng discussed the application of Chinese network with Prof. Werner Zorn at University Karlsruhe, especially issues of CANET and Chinese applications for international domain names. (Prof. Zorn recalled that it was Wang Yunfeng who first suggested using the domain name of .CN, including the specific selection of the two letters.)

In early April 1994, China-US Joint Commission Meeting on Science & Technology Cooperation was held in Washington DC. Before the meeting, Ms. Hu Qiheng, Vice President of Chinese Academy of Sciences, reiterated China's request for Internet access to the National Science Foundation of United States (NSF) and it was finally accepted. Then, on April 20, a day of historic significance, the 64K dedicated international line, via which the NCFC project got access to the Internet through Sprint was launched and China gained full-functional access to the Internet.

As for the domain name .CN, the primary server had been run by University of Karlsruhe since January 1991 and wasn't moved to China until May 1995 when China and the US established direct Internet connection. 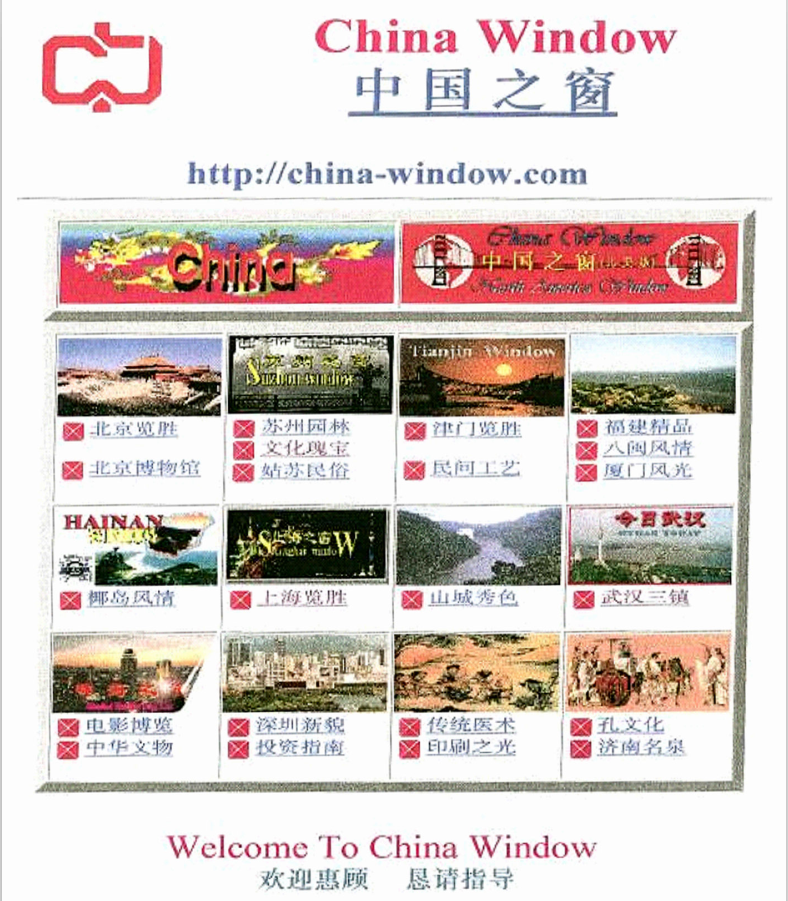 On May 15, 1994, the Institute of High Energy Physics, Chinese Academy of Sciences, set up China's first Web server and launched China's first set of web pages. The site did not only introduce high-tech development in China, but also included a column titled "Tour in China". It provides pictures and texts involving wider ranges such as news, economy, culture, business and trade and was later renamed China Window.

Institute of High Energy Physics, CAS was a pioneer in the research and use of the Internet. On May 17, 1994, the Institute established TCP/IP connection with California-based Stanford Linear Accelerator Center (SLAC). The connection was technically advantageous. This new communication protocol uses virtual router (different from X.25) and conducts reliable data transmission, enabling communication applications to go beyond e-mails and meanwhile supporting file transfer protocol (FTP) and TELNET. 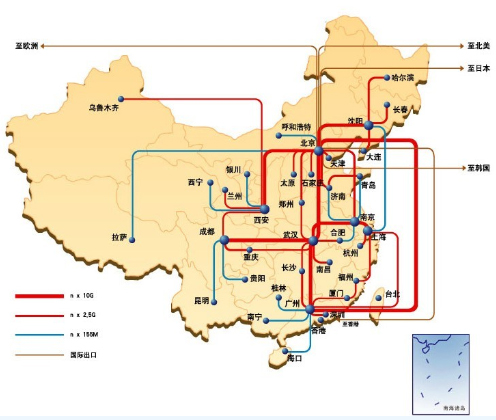 In the early days, the Internet was mainly used by researchers and building a national information network was also mainly intended to serve scientific research institutes and higher education institutions. Naturally, the preparation for CERNET was launched.

In early July 1994, the experimental network of China Education and Research Network (CERNET) developed by Tsinghua University and five other higher education institutions was launched. The network adopted IP/X.25 technology, connected the five cities of Beijing, Shanghai, Guangzhou, Nanjing and Xi'an and was linked to Internet via the international outlet of NCFC, making it a TCP/IP-based computer network.