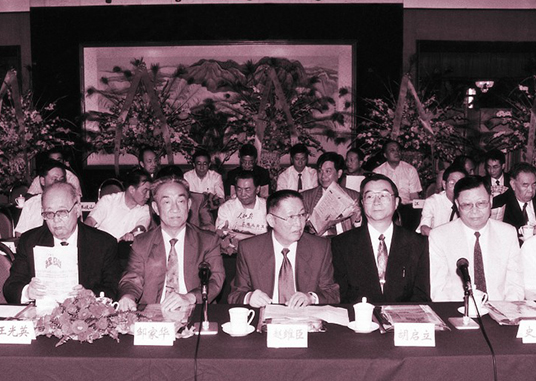 Internet was born in the field of scientific research, but displayed its advantages to the full in business. US, which was extremely sensitive to new economy of Internet information, announced in September 1993 to implement a new high-tech program, National Information Infrastructure (NII). The purpose was to build an expressway in the information age based on Internet and promote development of US information economy in the leading position.

One year after China was officially connected to Internet, building of national basic information network distinctly accelerated, laying the foundation for commercialization exploration.

In August 1995, on the national level, the preliminary phase of Golden Bridge Project that was intended to support national economic information communication made periodical progress. Satellite link-based network was launched in 24 provinces and cities and interconnection with international network was realized as well. Though Internet was mainly used by scientific and technological researchers or related practitioners at the early stage, as coverage of basic network expanded, especially since the Telecommunications Day in 1995, the Ministry of Posts and Telecommunications opened Internet access business to the public, bringing Internet increasingly closer to Chinese ordinary people. On the one hand, telecommunication enterprises need undertake the task of infrastructure construction, while telecommunication reforms could stimulate their initiative as construction entity. On the other hand, some business enterprises were eager to have a try and Internet Service Providers (ISP) started to emerge. A group of passionate youngsters hoped to show their talent in the Internet wave in the future. Some enterprises such as Info High Way started to provide enterprises and eligible individuals with Internet access service, which drove increasingly more entrepreneurs to turn their eyes to Internet, the brand new economic sector. 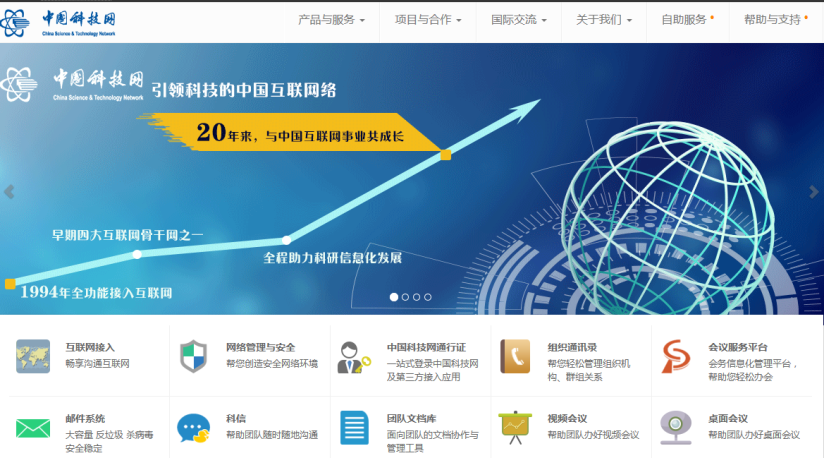 From August 25 to 27, 1995, Chinese Academy of Sciences (CAS) held the working conference for the general team of "Hundred Institutes Network Connection" project in Beijing, officially launching the CAS computer network interconnection project. The project planned to comprehensively utilize multiple means of communication such as HINAPCA and PSTN to realize a computer communication network with multiple nodes interconnected throughout CAS.

China Science and Technology Network (CSTNET) represented by CAS "Hundred Institutes Network Connection" project was originally intended to expand network to 24 cities nationwide on the basis of over 30 research institutes already covered by the network in Beijing, so as to realize computer interconnection among domestic academic institutions and connect to Internet. Eventually, after the project was completed at the end of the year, the network building made tremendous progress. CSTNET, a network that faced and served science and technology workers, related administrative authorities and government departments concerned, was successfully built up across the country. Moreover, CERNET that China independently designed, built and successfully completed not only realized interconnection with NCFC, but also launched the first 128K international special line connecting to US.

1995In 1995, the first telecommunication reform made key progress 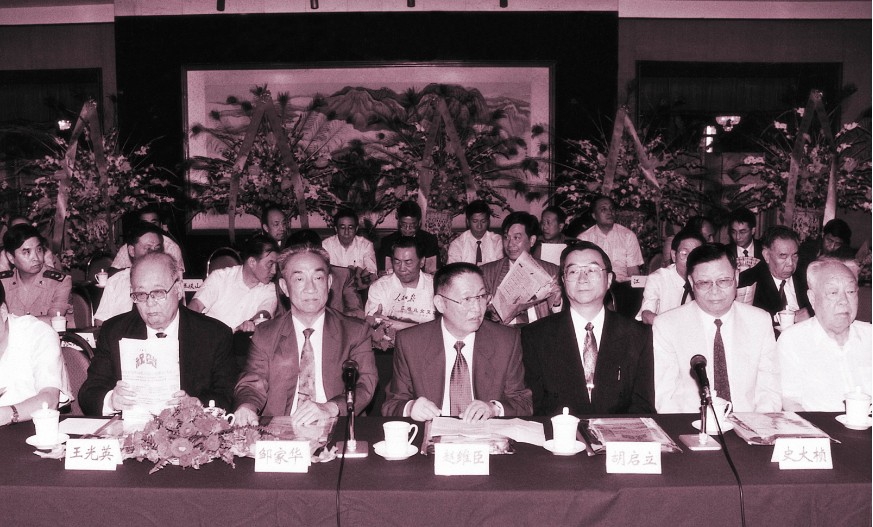 1995 was a year of key importance for officially drawing the curtain of telecommunication reform open. In this year, China Unicom that had been existent for two years won uniform recognition of government and investors with its "China/China/foreign country" mode. Even the superior leader of China Unicom's rival China Telecom, then Minister of Posts and Telecommunication Wu Jichuan, expressed recognition and believed this was a form of innovation.

In this year, another operator under Ministry of Electronics Industry Jitong ran ahead of China Telecom to provide the public with applications in e-mail.

May.17On May 17, Internet surfing was opened to the public on the Telecommunication Day 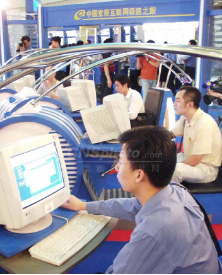 May 17, 1995 happened to be the World Telecommunications Day. On this day, the age of average people truly using Internet arrived quietly. On that day, China opened Internet surfing business to the public. The Ministry of Posts and Telecommunication set up a business center in Xidan Electronic Trading Building in Beijing. As long as paying certain fees and filling up a user information form, average people could become Internet users. Related authorities also set up an exhibition hall with over 30 computers in Beijing Library to exhibit to the public use method and effect of Internet.

Back then, people didn't really understand the meaning of the word "Internet" and China National Committee for Term Standardization gave it a Chinese name with similar pronunciation. However, up to today, except for a few science and technology workers, the name is not accepted by the public. When Internet first appeared, some professionals didn't even dare to expect what it would bring China.

Among the pioneers for commercialization of China's Internet, female entrepreneur Zhang Shuxin could not be ignored. This former President of Info High Way was called "pioneer of China's information industry". She founded Beijing Technology Co., Ltd, the predecessor of Info High Way Information Communication Co., Ltd, in May 1995. One day in the second half of 1995, a gigantic billboard was set up at the south gate of Beijing Zhongguancun: How far away from the information expressway for Chinese --- 1,500 meters to the north.

This day was believed to be a memorial day for China's network circle. The Information Highway Space network that Zhang Shuxin and her husband jointly designed was the only network that provided information service for the public and opened to ordinary families in China back then. "Coming into Information Highway Space, you can read electronic newspapers, chat with friends that you don't meet face to face in cyber coffee rooms, express opinions freely in cyber forums and roam in the international network anytime you like…"

As China's first Internet access service provider, Info High Way came into existence even two years before CHINANET of China Telecom. Back then, Ding Lei posted his personal BBS at the website of Info High Way, while the current Chief Technology Office of Zhang Chaoyang was only one of the several "juniors" in Info High Way.

A senior netizen recalled one of his ordinary days in 1997: getting up early and waiting at the gate of Information Highway Space with classmates just to get to surf Internet for free. "Info High Way = network = Internet" was how many people understood Internet back then.

Although Info High Way suffered many problems with enterprise operation, this could not shade its glamour as the industrial pioneer. SMTH Bulletin Board System (BBS) was established in August 1995. The four Chinese characters (“水木清华”) corresponding to SMTH was derived from a poem by Jin Dynasty poet Xie Hun celebrating the graceful beauty of a garden. The BBS was named accordingly. SMTH used to be one of the most popular BBS in mainland China and represented culture of network social groups in Chinese higher education institutions.

SMTH BBS was the official BBS of Tsinghua University and also the first BBS of Chinese education network. It was officially founded on August 8, 1995. A netizen named "ace" set up BBS at a 386/Linux computer in a lab in order to have Tsinghua University's own internal BBS and the system he adopted was PalmBBS of National Taiwan University. Later, netizens named "ming" and "lucky" joined in and transferred the system to a SUN Sparc 20 computer (64M memory). On August 8, the BBS was officially opened with the name "SMTH". The IP address at this time was 166.111.1.11.

In October, SMTH activated the MUD function. On November 27, SMTH could be visited through WWW. By the end of 1995, the BBS had around tens of registered users. By the end of April 1996, SMTH was opened to entire students of Tsinghua University and number of visitors consequently surged, exceeding one hundred quite often.

In 2000, Tsinghua University decided to strengthen management over SMTH BBS. After being transformed from an open BBS to a campus one on March 16, 2005, SMTH had its visitors plunge in number and its influence undermined. Newsmth.net that came into existence after split was a commercial website under Beijing Mingruibo Information Technology Co. Ltd., invested by natural persons. The website utilized backup user data and sought independent business development based on the former SMTH BBS user resource.

Shortly afterwards, they received 1,635 replies from 18 countries and regions (it was said to be over 2,000 replies in another case and Bei Zhicheng said there were more than 3,000 letters). Around one third of the replies proposed that was typical thallium poisoning. A doctor from St. Jude Children's Research Hospital pointed out in the reply that "The case was suspected of thallium poisoning. According to symptoms such as epilation, gastrointestinal problems and neurological problems, it could almost be diagnosed." As Internet was undeveloped in China back then, Dr. Xin Li from University of California, Los Angeles (UCLA) and Dr. John W. Adis helped set up UCLA remote diagnosis network for Zhu Ling's thallium poisoning case at the UCLA server, which played a key role in information publication and coordination of remote diagnosis in the case.